Don't let the name fool you. Cash Money Records' latest superstar Juvenile, is a hot rapper with more than ten years experience of ripping shows, dropping cold-as-ice lyrics and laying it down for "Uptown" New Orleans. "Juvenile is a name I got when I was young and thugging," explains 23-year-old Terius Gray.

Juvenile hails from the infamous New Orleans Uptown region and was reared in the Magnolia projects. Like some other housing projects, the Magnolia projects have a serious reputation for being rowdy and wild. It's a place where few children survive unscathed by the horrendous poverty that grips many of the residents there. But not Juve. Like the elders of old, he kept his eyes on the prize - his dream of being a rap star. "I had my struggles," says a solemn Juvenile when asked about life in the "wild" Magnolia. "My pops went AWOL on me when I was four, so I had my struggles and I had peer pressure, but I didn't let things get to me. I always stayed focused on what I was trying to do."

Rapping since the age of ten, Juvenile formed a group called the UTP, a name that he has tattooed on his stomach in honor of his old Uptown crew, many of whom are either dead or locked up. "UTP was like a coalition for Uptown rappers." Through his rap activity, Juvenile became instrumental in helping shape New Orleans' hip hop scene. However, by the mid-90's, Juvenile's career took a turn for the worst.

Resisting the lure of fast money and cars, he took on a series of odd jobs in between writing and doing shows whenever he could. His luck changed when he met Ronald "Suga Slim" Williams and his brother Brian "Baby" Williams, owners of Cash Money Records. On the way to work, he auditioned for them on the spot. Although the brothers liked what they heard, they didn't have a spot on their roster for new artists. They gave him a card and told him to check with them later. Juvenile showed up the next day, and the day after, and the day after, and the day after that. In fact, he started hanging around the studio so much that the label finally gave him a shot and released Juvenile's debut album titled Solja Rag. Instantly, Solja Rag became an underground smash, selling close to 200,000 copies in the Southern region alone. It also helped to set the stage for Juvenile's new group, The Hot Boys, whose debut LP Get It How You Live sold nearly 400,000 copies and landed in the #25 spot on the Billboard charts.

Now, Juvenile returns with his sophomore solo CD 400 Degreez, which will definitely prove to be Cash Money's hottest release yet. Just listen to the sizzling lead single "HA," with its rapid-fire rhythm, spacey keyboard and Juvenile's endless aggression on the mic. Everyone is sure to get caught up in the high energy of "Welcome To Magnolia" with it's bouncing organ chords and tight rhythms built around a 70's rim shot, or the spine-chilling tracks "My Nine Is Gonna Die With Me" and "Back Dat Azz Up." On "Run For It," you can feel the hunger in Juvenile's voice and the heat coming from producer Mannie Fresh's tracks.

Why 400 Degreez? Let Juvenile explain. "The area I come from, they call it the 'hot block; when the police come, they draw heat.' And I'm a hot boy so that 400 Degreez was perfect because that is the boiling point." Besides, given the amount of bubbling bass lines, steamy rhythms and scorching lyrical content that this CD packs, the album couldn't be called anything else. 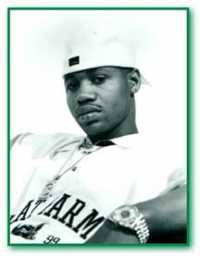