They say that three times is the charm and no one knows that better than Joe. His third album (second on Jive Records), My Name is Joe, is modern R&B at its best: sexy, seductive, smart and soulful, delivered by a gifted young singer/songwriter/producer who is one of the most prolific and popular artists around.

Produced by Joe, Teddy Riley and Shek'speare, My Name is Joe features the Number One hit "I Wanna Know," the chart-topper "Thank God I Found You (Make it Last remix) and the downtempo sizzler "Treat Her Like A Lady." The strong, heartfelt songs and the passionate vocals that Joe's legions of fans have come to expect are bolstered here by stellar guest appearances from Mariah Carey, Nas and *NSYNC.

Perhaps more than anything else, My Name is Joe represents a change in attitude and a creative freedom that Joe was more than eager to express. "This CD," Joe asserts, "is probably the best expression to date of what I feel I'm capable of...I feel much more free to write and sing about what is really in my heart."

That artistic license is evident in the album's sensual vibe. "This album is a lot more sexual than anything I've done in the past," Joe admits. But its sexiness doesn't restrain the blend of emotions and styles at work here: Joe wraps his silky voice around songs that run the gamut from flat-out romantic to low-down and funky. The variety stems from Joe's opting to allow others to add their production skills to the mix. "One of the first decisions going into this album was that I didn't want to control the whole production, I really wanted some different flavor," says Joe, who co-executive produced the album with Kedar Massenburg.
Flavor he wanted and flavor Joe got: just check out the bouncing "Get Crunk Tonight," written by She'kspeare and Khandi Burress ("No Scrubs"), or Joe's favorite cut, the edgy "Stutter," produced by Teddy Riley.

"Treat Her Like A Lady" was written and produced by Steve Huff. As soon as Joe heard the track he knew he had to put his stamp on it. "It's a great love song and the song has an incredible vibe to it. It was right on the money. It ended up being the last song I recorded for the album but it's definitely one of the best." Even before My Name Is Joe had hit the stores (it has already shipped gold), Joe was enjoying the success of the Number One hit "I Wanna Know." The mid-tempo ballad was written by Joe nearly four years ago for his Jive debut All That I Am, but ended up on My Name Is Joe instead. "Who knows? Maybe it would have been a hit then but thankfully it's a hit now. I just think that a good story and real songwriting will do it for you every time...a real song with real emotions and feelings."

Versatile enough to throw down with the late Big Pun or duet with *NSYNC, it's no wonder Joe calls himself "universal." "I like singing pop, I like rock and roll, I grew up singing gospel and of course I sing R&B. There's really no reason for me to limit myself or to call myself one type of singer or another. If I hear a good song, then I go with that because a good song, no matter the genre, is really the thing that matters."

Songwriting is a subject Joe can speak to with authority, being one of the best young R&B songwriters in the business, and an expert in art of storytelling. "I believe in writing songs that people can really relate to. I love people like Smokey Robinson and Babyface. They are great songwriters and it's intriguing how they can put a story together. That's my goal: to be able to hold the listener's attention and to keep them interested in the story that I'm telling. I'm not really a trendy songwriter. I guess you could say I'm sort of old-fashioned in my approach because trends can come and go and my goal is to write songs that can last. Good songs don't age, and my objective each time out is to write and sing good songs."

One of those good songs is "I Believe in You" which teams Joe up with the red-hot *NSYNC. "Those guys are really hard workers and the session was a lot of fun, especially since I told a lot of my friends that I was recording with *NSYNC and they all brought their kids by the studio. I was worried that the session would get crazy but *NSYNC are total pros and just incredible to work with."

Joe began his career at a young age. The son of two preachers, this Alabama native was always doing something musical, whether it was singing, playing the guitar or directing the choir at his family's Pentecostal church. As a kid, Joe was inspired by the greats of contemporary gospel as well as the legends like the late Sam Cooke and R&B singers like Marvin Gaye and Stevie Wonder. By high school Joe was a major Bobby Brown fan. Influenced by Brown's live shows, Joe started playing in a local band, covering his idol and Babyface. "Those club gigs were when I really started honing my sound and writing."

After high school, Joe worked a variety of odd jobs until one day he cast fate to the wind and bought a one-way ticket to New Jersey where he knew people who knew people who were in the music industry. Joe would eventually hook up with a producer and record a demo. The demo led to a publishing deal with Zomba and soon after that Joe contributed the hit "All The Things (Your Man Won't Do)" to the soundtrack for Don't Be A Menace. In 1998, Joe released his self-produced Jive Records debut All That I Am, which eventually went platinum and helped to establish Joe as a force both in front of and behind the scenes.

Ask Joe if there's a message contained within My Name Is Joe and he replies, "I'm just really in love with creating music from every conceivable angle: writing, singing, producing. I love it all, and if there's anything I want people to hear when they listen to My Name Is Joe, it's that love. This is my life. I can't imagine doing anything else and I know that I am blessed. I just want to make music forever." 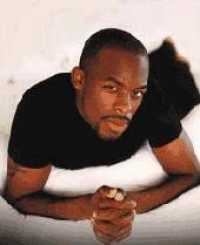