Joe Cocker is one of rock and roll's enduring performers who has survived the sixties, a low period in the seventies, made a comeback in the eighties, and continues to be a solid and consistent performer in the nineties. His gutsy, gravelly, vocal style and unique stage presence make him one of the most dynamic singers in the music industry.

He started out in Sheffield, England in the mid sixties, working as gas plumber by day and performing in the clubs of the area by night. After hooking up with another "Sheffielder," Chris Stainton, they recorded "Marjorine" - a minor success in the U.K. Shortly thereafter, they recorded "With a Little Help From My Friends," produced by Denny Cordell of A&M Records. This album featured guest performers Jimmy Page, Steve Winwood and Matthew Fischer. It quickly took off and received airplay on both sides of the Atlantic. The title track on the album is arguably Cocker's best, it became a major highlight of the Woodstock Festival in 1969, and surpasses the original recording by the Beatles. After touring the states, he recorded the album, "Joe Cocker!," produced by Leon Russell and Denny Cordell.

The album was universally lauded by the critics and featured songs such as"She Came in Through the Bathroom Window," "Delta Lady," "Darling Be Home Soon," and a rollicking rendition of "Hitchcock Railway." After two years of constant touring, Cocker was ready for a break and wanted to go home. This, however, was not to be the case. He had made commitments to appear in concerts throughout the states and the U.S. Immigration Department said the contracts must be honored or he was in danger of never being able to work again in America. With some help from Leon Russell, a motley group of talented musicians was quickly formed to fulfill the promised concert dates.

The "Mad Dogs and Englishmen" tour produced an album and a movie detailing the zaniness and the circus-like atmosphere of the forty three person entourage. They whipped through thiry nine cities in a little less than two months. After this endeavor, Cocker was physically exhausted, emotionally drained, and in trouble legally and financially. He went into seclusion, travelling in his van around England, making an attempt to find himself again.

In the ensuing years, 1971 - 1974, there were numerous reports of alcohol and drug abuse. His episodes of public drunkeness were as well known as his talents, and the music industry mavens had written Cocker off as "washed up, an early burn-out." The albums released during this period included "Joe Cocker," "I Can Stand a Little Rain," "Stingray," and "Jamaica, Say You Will." None of them were artistically great, nor did they come close to the commercial successes of his previous releases. There were some songs that received airplay, "High Time We Went," "Fun Time," "Put Out the Light," and "You Are So Beautiful." There was a period of about four years where he didn't record at all; instead, he toured constantly, playing mostly small clubs to pay the bills and to satisfy his need to perform.

Joe then left A&M to record an album for Asylum Records and his career was once again on the upswing. "A Luxury You Can Afford" had some great tunes on it - "Watch the River Flow," "Fun Time," and a marvelous cover of "Heard It Through the Grapevine." The following release "Sheffield Steel," showcased Cocker at his very best. The album is so well rounded, covering everything from get-down rock and roll to soul-searing gospel. The most notable cuts on this one are: "Many Rivers to Cross," "Seven Days," "Sweet Little Woman," and "Just Like Always." The later releases from Joe Cocker include: "Civilized Man," "Cocker Live," "Unchain My Heart," "One Night of Sin," and "Have a Little Faith." These releases have earned him four consecutive Grammy nominations for best male rock vocal performance.

In 1995, A&M Records released "The Long Voyage Home," a four CD box-set with material, some previously unreleased, that encompasses the highlights of Joe's career. This album is a must have for any Cocker fan. Sony Music has recently released the "Organic" album. On this one, many of Joe's hits have been reworked, giving them an entirely new sound. Some notable cuts include "Anybody Seen My Girl, You and I" and an outstanding "You Are So Beautiful." Joe Cocker's ability to take a song, rework it from his soul and make it entirely his own is a talent that few performers in the music industry have. His career has been full of ups and downs but he continues to be one of rock music's strongest assets. 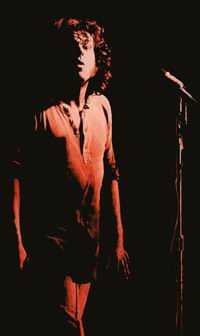