"Not asking of me anything, saying nothing about what it means, without anybody telling me what I should feel..." - "Table for Glasses"

There is no substitute for knowing exactly why you like a piece of art, in any medium, and having come to the realization by your own effort and experience. Jimmy Eat World is a band whose only agenda is to let the listener decide for themselves without pretense.

"Clarity" was engineered and mixed during the summer of 1998 by Mark Trombino (Blink 182, No Knife, Drive Like Jehu...), who co-produced the record with the band. The rhythm tracks for "Clarity" were recorded at Sound City in Van Nuys, CA. Then each song was pieced together to completion--one after another--at Clear Lake Audio in North Hollywood, CA. Recording the overdubs from scratch allowed each song to grow into its own sonic personality.

The best way to approach listening to "Clarity" is to strike any assumption regarding content. "Clarity" is a blank journal waiting for the listener: one in which the listener can sketch or write their thoughts. The featured lyric from the palate-cleansing "Clarity" opener, "Table for Glasses," can be considered the album's thesis statement. What you get from this record should be wholly yours.

The songs included on "Clarity" range from heavy and brooding to sparse and quiet to pure pop. "Clarity" has the Jimmy Eat World signature straight- forward rock songs like "Believe In What You Want," "Crush," and "Blister." More involved songs, such as "Lucky Denver Mint" and "Ten," use drum loops, droning, and ambient guitar tones underneath the live drums and music. Conversely, in "12.23.95" live drums are completely replaced by a drum machine. The sixteen minute plus album-closing track, "Goodbye Sky Harbor," shifts ever so slowly from a dreamy, trance-inducing bridge to a hyper- electronic dance chorus. The first vocal during the bridge of "Goodbye Sky Harbor" is introduced around minute five, then new vocals are woven in every few minutes, along with organ and extraneous percussion, until the finale of sequenced beats and sounds sampled from the song itself. "Clarity" draws you in, lifts you up, then lulls you to sleep.

Jimmy Eat World released a self-titled EP in December 1998 on Florida's Fueled by Ramen label. The EP contained two songs from "Clarity" and three exclusive b-sides; it has already received considerable recognition. "Clarity" will be released by Capitol Records on February 23, 1999. The vinyl will be available through the Big Wheel Recreation label in Boston.

Jimmy Eat World will tour the United States and elsewhere in the Spring, Summer, and Fall of 1999--and intermittently for the rest of their lives. 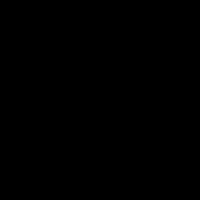