Jewel was born on May 23, 1974 to Atz Kilcher and Lenedra Carroll in Payson, Utah, but the family soon moved to Anchorage, Alaska. Jewel’s name stems from Lenedra, whose middle name is Jewel, and from her Grandfather, Yule (spelled "Juel" in his homeland), a Swiss native who settled in Homer, Alaska in 1940.

Jewel first discovered her singing and writing gifts at home, where Lenedra involved Jewel and her two brothers, Shane and Atz Lee, in "creativity workshops," where they enjoyed writing poems, singing and creating arts-and-crafts projects. She also taught them a reverence for the natural world and the wisdom of indigenous people. Lenedra sang with her children often, too. One of Jewel’s favorites was the melody, "This Little Bird," which she & her mother sing on Jewel’s "Spirit" CD.

By age six, Jewel began performing with her parents for Anchorage's locals and tourists. She also started to master one of her specialties, yodeling, with her father's help. During their "family dinner show," the Kilchers sang, presented skits and showed a documentary of the Kilcher's pioneering home life that Yule had created in the 1950s.

When the Kilchers divorced two years later, Jewel and her two brothers went with Atz to live on the Kilcher family's 800-acre homestead in Homer. Jewel found solace in writing, and her early journal reflects the hurt and uncertainty she felt during this time.

During her early teen years, Jewel and Atz performed together in Homer during the summers. Jewel learned how to "work a room" the way her dad did, and to gauge people's reactions to the songs and stories. She'd travel back to Anchorage to spend the winters with Lenedra.

Jewel also gave horseback rides to visitors of her aunt's youth hostel/bed-and-breakfast. "Homer was filled with travelers," Jewel recalled. "I had friends from Chile and Guatemala, Puerto Rico, Australia and New Zealand. Those people turned me on to a lot of different languages, religions and different ways of thinking. Summer was always a good education."

Still, journal writing and caring for her horse, Clearwater, were some of Jewel's favorite pastimes. When she was 14, a native Ottawa Indian tribe "adopted" Jewel and helped her realize her gift for speaking, as well as writing, from her heart.

In 1989, Lenedra helped Jewel practice a rendition of "Over The Rainbow" for a performance on Tom Bodet's "End of the Road Show," a popular Alaska Public Radio series. It was during this performance that Jewel found her voice and perhaps her destiny.

Around this time, Jewel began to play the guitar and perform songs that she composed. She also joined a local rap group called "Le Crème" for a brief stint, where she was known as "Swiss Miss."

Jewel spent her junior and senior high school years at the Interlochen Fine Arts Academy in Michigan as a voice major. Her voice matured while practicing difficult arias by Monteverdi, Bononcini and other operatic composers.

Jewel also talked the academy into letting her participate in the drama program, which wasn't allowed at the time. She ended up landing the leading role in that semester's play, "Spoon River Anthology."

After graduating from Interlochen in 1992 and traveling for a few months, Jewel moved to San Diego, California to live with Lenedra and Atz Lee. Jewel fizzled out in a variety of jobs, including waitressing, and found herself broke and wondering what to do next.

With Lenedra's encouragement and belief in pursuing their dreams, they moved out of their apartment and into separate VW Vans. Cutting costs left more time for Jewel to focus on writing songs, playing music and singing.

Tapping Into The Local Scene

About this time Jewel met local singer/songwriter Steve Poltz and his band, The Rugburns. The two later co-wrote "You Were Meant For Me" and Steve appears in the video with Jewel.

Along with other local songwriters - including Poltz, John Katchur, Gregory Page, Frank Lee Drennen, Joy Eden Harrison and Lisa Sanders - Jewel practiced her craft at local clubs and improvisational "house jams" where the musicians would share songs and collaborate.

"It was incredible, just a brilliant environment," Jewel recounted. "I'd go out to cafes and I'd feel like it was Paris in the '20s. We all were starving and no one was recognized, but here were all these talented, brilliant writers. I just felt so honored to be around them and writing with them."

Eventually, Jewel landed a regular Thursday night gig at the InnerChange Coffee House in Pacific Beach. For $3 (later it cost $5), patrons listened to four-hour sets of mostly original material interspersed with little stories about her life. By this time, Jewel had composed more than 100 songs.

"A bunch of limos started coming down and I'd get flown off to New York," Jewel remembered. "I'd be eating carrot sticks and peanut butter in my van, then fly off to New York and have these huge dinners, and then be plopped back in my pumpkin bus."

Jewel signed with Atlantic Records in late 1993. With an advance from the company, she rented a house with Lenedra and bought a used Volvo and a new guitar.

Recording "Pieces Of You"

But to capture Jewel's strong audience connection, Atlantic Records suggested a live recording. A sound crew set up at The InnerChange Coffee House to record three sets of Jewel singing to her regulars.

The public heard Jewel’s first album, "Pieces Of You," in 1995. After a slow start and relentless touring, "Who Will Save Your Soul," "You Were Meant For Me" and "Foolish Games" became hit singles.

"POY" earned Jewel an American Music Award for Best New Artist. In 1999, the Recording Industry Association of America (RIAA) certified "POY" with its prestigious Diamond Award for U.S. sales exceeding 10 million units. The album – which hit #4 on the Billboard 200 -- is certified at more than 11 million units. This makes "POY" one of the top five best-selling albums of all time by a female artist.

Jewel's second album, "Spirit," debuted in November 1998 in the #3 spot on the Billboard 200 and was certified platinum out-of-the-box. The collection has since been certified quadruple platinum by the RIAA.

Patrick Leonard (Madonna) produced "Spirit," which features the singles "Hands," "Down So Long" and "Jupiter (Swallow The Moon)".

Jewel has received three Grammy Award nominations, an American Music Award, and an MTV Video Music Award. In addition, she has graced the cover of such major magazines as Time, Rolling Stone (twice), Vogue, Interview, Entertainment Weekly, People, and Details.

Among its most ambitious efforts, HGH launched the Clearwater Project (www.clearwaterproject.com) during October's worldwide awareness-raising event, NetAid. Jewel and other talented musicians performed for this huge benefit concert, which was broadcast live on radio, television and the web. Visit www.NetAid.org for more information on this global project.

Book of Poetry A Success

Jewel’s first collection of poetry, "A Night Without Armor," was released in 1998 and has been a staple of the New York Times best-seller list.

Jewel debuted worldwide as the lead female role in her first feature film, Ang Lee's "Ride With The Devil," on December 10, 1999.

Jewel pens deeply intimate and detailed glimpses of her public and private life in her second book, "Chasing Down The Dawn," which HarperCollins released in October 2000.

In candid and elegantly written prose, Jewel chronicles a breadth of rich experiences; from the wonder of watching a lightning storm below her private-jet window eight miles above the Earth, to the grueling challenge of performing with bronchitis during 1999's Spirit World Tour. She weaves snapshots of stardom and private love with poignant vignettes of her childhood as a folk singer with a pioneering family in the Alaskan frontier. Pages of photos from the Kilcher family archives and photographs taken by Jewel and her friends are plentiful throughout the book.

While not formally touring with her band in 2000, Jewel did perform acoustic shows at specially selected concert venues and discussed her new book on television and radio programs and in major magazine articles. Jewel has added a few dozen new songs to her vast catalogue in recent months, many of which will begin surfacing in performances this year and next.

Visit the calendar page for a complete list of Jewel's current schedule. 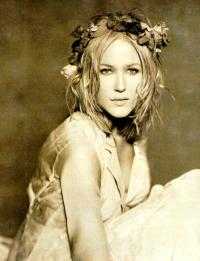