Jessica Mauboy (born August 4, 1989 in Darwin, Northern Territory) is a singer and songwriter who was the runner-up on the fourth season of Australian Idol in 2006.

Jessica Hilda Mauboy was born to a father of Indonesian origin and a mother of Indigenous Australian, Native American and English descent.

At the age of 14 she won the Telstra Road to Tamworth competition, with the grand prize being a single recording contract with Sony BMG. She then recorded a country version of Cyndi Lauper's "Girls Just Wanna Have Fun". Years later during Australian Idol this contract became a source of controversy, with certain media reports stating that already having a recording contract was against the rules of Idol, but Grundy Television said Mauboy's experiences in Tamworth had no bearing on her involvement in Australian Idol and that she no longer had a contract with Sony, allowing her to participate in the competition.

Jessica cites Mariah Carey and Michael Jackson as her musical influences; naming Carey's hits "My All", "Anytime You Need A Friend", "Butterfly" and "Hero" as personal favourites.

In the summer of 2006, Jessica auditioned for the fourth season of Australian Idol in Alice Springs. She sang the Whitney Houston hit "I Have Nothing" and her powerful vocals impressed all three judges Mark Holden, Marcia Hines and Kyle Sandilands. Marcia stated that Mauboy was one of the most natually blessed singers she had ever come across. She made it through to the theatre rounds with a unanimous "yes" and performed at the Kimberley Moon Experience. She came first runner-up in the finale. 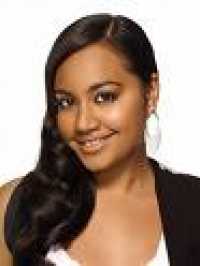