Born in Korea and raised in the Bay area, Jennifer was surrounded by the arts throughout her entire life. Her mother, a dance teacher, and her father, a former recording artist in Korea, embraced her tendency to sing and dance at any given moment. Whether dancing to Michael Jackson or belting out Whitney Houston tracks, Jennifer was always ready to put on a show.

At the age of six, Jennifer's parents divorced and she found herself taking on the responsibility of helping her mother raise her younger brother alone. Though times were tough both emotionally and financially, there wasn't anything music couldn't remedy. It wasn't until the age of 9 when Jennifer actually began to perform at talent shows.

That year Jennifer had purchased Britney Spears' very first album and began singing along by reading the lyrics. Channeling the likes of Whitney, Mariah, and Alicia, Jennifer's strong voice has allowed her to develop her own style. "My mom heard me sing the song 'Sometimes' and asked me to sing again. She noticed something different

about my voice that day and encouraged me to start performing at events," she said. "Growing up I did a lot of Korean Traditional Dance so my singing voice was kind of my little secret for a while."
Since then, Jennifer has performed at numerous talent shows, weddings, rallies, basketball games, tournaments, and has played leading roles in musicals such as Lucky Stiff, The Fantasticks, and The Wiz. By her senior year of high school she was Co-Band President as well as Spring ASB President. "I took full advantage of my high school career. There's so much that is offered to us that we tend to look over. I don't want to miss any opportunities and make sure to live life to the fullest."

This past summer, Jennifer began recording videos on YouTube just for fun. Slowly the popularity of the videos grew as Jennifer watched the number of views rise each week. Casually performing contemporary hits in front of the camera, Jennifer garnered many fans and subscribers to her videos due to her down to earth persona and powerful pipes to match. Her rendition of Alicia Keys' "No One" has already soared above 3 million views and she is one of YouTube's Most Subscribed (All Time) Musicians. In December of 2007, Jennifer was the Grand Prize Winner for Broadwayworld.com's "GIVE US YOUR VOICE" contest which gave her the opportunity of a lifetime to travel to New York to watch Broadway's The Little Mermaid as well as meet the cast and composer, Alan Menken.

Debating over Berklee College of Music, UC Irvine and UC San Diego , Jennifer made the final decision of becoming an Anteater. She is currently studying Drama and has recently performed in her first UCI play, B.F.E., as Hae-Yoon.

Jennifer is currently unsigned but hopes to independently release a demo later this year. 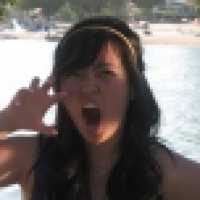