“I Care about reaching people with my songs, and i want to touch people through music. Music shouldn’t be about, being famous or money. Its about a bond between you and I. I hope my story touches you. “

Jacob Bryant began his musical journey at the age of eight when his dad gave him a guitar. From there, he never looked back. Growing up with music in the family his whole life, he found a great passion for music. Jacob’s experiences would inevitably find themselves embedded in song. Over the years, he became the frontman and writer for several bands and churches. This would add a dynamic and certain versatility to his songwriting approach. He has spent years working toward making music for a living and crafting heartfelt songs about his journey along the way. His inspiration is mirrored in every song by his true-life struggle and journey. In 2007, Jacob Was Awarded the GCGMA Best Male Vocalist, Entertainer of the Year, and Songwriter of the year. In 2008 He was awarded the North American Country Music Association Intl. Male Vocalist of the Year. This journey has taken him from humble small town beginnings, to something way Bigger!!. 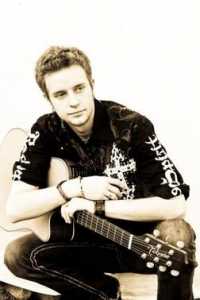