Jacksoul is a six-piece Toronto-based band whose sensuous brand of urban pop led one American A & R rep at a U.S. major label to declare that the office employees loved the album, but couldn't sign the band because the music was "too intellectual."

Well before the release of 'ABsolute', Jacksoul had created an industry buzz around its irresistible hiphop/funk/soul sound via an independently produced cassette and relentless, grooving live shows across southern Ontario.

Jacksoul landed a distribution deal with Vik./BMG Music Canada in mid-1996 and released 'ABsolute' in 1997 featuring the lead-off single "Eastbound".

The band released a well-received follow-up, "Sleepless", in April 2000, buoyed by heavy video play for the lead-off single, the Level 42-flavoured "Can't Stop". 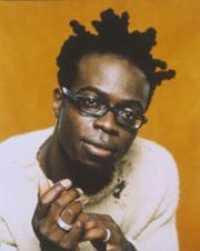