From 1990 to 2005, J ax (abbreviation of Joker Ax) was part of the famous and popular Italian rap group Articolo 31 which he founded with Luca Perini, AKA DJ Jad.
[edit]
Articolo 31

In 2006 he released his first solo album, Di sana pianta. This album, which was very rock oriented, spawned no less than six singles: S.N.O.B, Tua mamma, Ti amo o ti ammazzo, Acqua nella scuola, Piccoli per sempre and Escono i pazzi. The single Ti amo o ti ammazzo was also translated and released by J ax in Spanish as te amo o te mato. This album continued themes used by Articolo 31, such as knowing love (Ti amo o ti ammazzo), criticising society, (S.N.O.B, tua mamma) and the protection of immigrants (Escono i pazzi, fumo ancora). In 2007 he teamed up with The styles to release the single Piu Styles, which won the MTV Europe Music Awards for Best Italian Act. In the same year, he released material with some of SF (Spaghetti Funk, a crew which he created at the same time as [[Articolo 31]] in the 90s, including SNOB relaod. This crew consisted of J ax, space One, Gue Pequeno, Jake la furia, Marracash, Don joe and Fabio B. In 2007, he also participated in MTV day with DJ jad and reformed their old group for a day.

J ax did not release an album in 2007, although he had many projects, which continued into 2008. He sang on Amici un cazzo by Space one with Gemelli Diversi, Come noi by Pino scotto and Fattore wow with Marracash and gue pequeno. He also wrote three songs in that year: Uno di noi, a thank you to his fans, Limonare al multisala, for the soundtrack of the film Ti stramo and I vecchietti fanno o, the first single of his next album.
[edit]
2009

At the beginning of 2009 J ax launched a project: to release two CDs in the year. The first, Rap N'Roll was released at the end of January. As well as I vecchietti fanno oh, he released 3 singles: Aumentaci le dosi, 3 paperelle and Rap N Roll. Other artists worked with him on the album: space One, DJ zak, Gue pequeno, Irene Viboras, Fabio B and Guido style, with whom he has worked since + stile. In the summer of 2009 he released his third CD as a solo artist, Deca dance. Considered as better than Rap N Roll by many fans, J ax paid homage to house music with this album with the single Deca Dance as well as more traditional singles with 'Come un sasso and Vendesi idolo. He also shows his sense of humour on I love paranoia, and Come un sasso. Pino Daniele, marracash, Grido and jovanotti took part in the album as well as another partnership with The styles. Between Deca Dance and Rap N roll, he sold 100,000 CDs, despite widespread piracy of his material, something which J ax has strongly spoken out against. 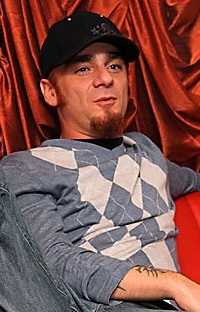