Isabelle Boulay was born on July 6, 1972 in Sainte-Félicité, Canada. Daughter of restaurant owners, Isabelle started singing in front of the customers then she performed in local song contests. Studying literature, she continued singing in various contests. She became Dan Bigras' backing vocalist and in 1993, she was performing before singers like Ginette Reno, Claude Leveillée or Louise Forestier. Wanting more, she went to France and Luc Plamondon chose her for the musical Starmania in 1995. In 1996, Isabelle released her first album, Fallait Pas. In 1998, État D'Amour offered her a larger audience and, in 2000, with Mieux Qu'Ici-Bas, she won 2 Victoires de la Musique.
Then Isabelle was not performing before other artists, she was the star and sang at Paris' Olympia, her childhood dream. Known as one of the best singers of that generation, she continued. In 2004, she released the album Tout Un Jour and went back on tour in France and in Canada, with a loving audience. In 2007 & 2008, she released 2 albums, De Retour À La Source & Nos Lendemains. 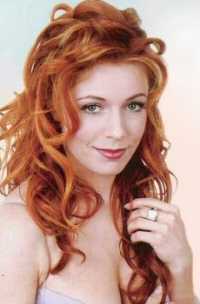