DJ Ironik has had three top 10 hits; Stay With Me charted at #5, Tiny Dancer charted at #3 and also I Got Soul A charity single which reached #10 in the UK charts and has also had several top 5 hits in other european countries.Contents [hide]
1 Biography
1.1 Early life
1.2 Music career
2 Discography
2.1 Studio albums
2.2 Singles
3 References
4 External links

"DJ Ironik" (born James Charters)[1] was born in North London, England. He decided on a career in music at an early age. He started his career at the young age of 13 when he worked as a DJ in clubs, initially in his home country but his talent was quickly spotted and he moved around Europe.
[edit]
Music career

His first single, "So Nice", was released in summer of 2007. It achieved popularity on the music channels, including remaining in the top 3 of the viewer request chart on Channel U for 20 weeks, however it had limited success elsewhere.

At the age of 20 he signed with Atlantic/Warner UK/Asylum Records, which is a subsidiary of Warner Music Group.

The first hit was the single "Stay with Me (Everybody's Free)", which went into the charts at number 11 on downloads alone, then number five on its physical release. It equally had success on Channel U, remaining in the request chart top 10 for 26 weeks. The remix to "Stay with Me" features Chipmunk and Asylum label-mate, Wiley.

His second single, "I Wanna Be Your Man" was released in September 2008 and reached number 35 in the UK. His debut album No Point in Wasting Tears was released on Atlantic/Asylum Records on September 29, 2008 and charted at 21 in the UK Chart.

He was nominated for Best Newcomer at the 2008 MOBO Awards and Best Newcomer and Best Music Video ("Stay with Me") at the 2008 Urban Music Awards. He was also nominated for Best Male Music in Film at the Screen Nation Film & TV Awards in November 2008, and voted by the public viewers of MTV UK the third favourite artist of the year 2008, coming after Katy Perry and Duffy.

The third single taken from his debut album is "Tiny Dancer (Hold Me Closer)" which features grime rap artist Chipmunk and Sir Elton John. The song was released in the UK on 26 April. This was followed by the re-release of his album on 11 May 2009.

In May 2009, Ironik told Rob Davies on Utopia FM that he was planning a new album called 'Music Legend'. He chose the name because that is "the imprint" he wants to leave his fans when he finishes his music career. I also said that he would work with Flo Rida as he has already supported the rapper during his UK shows. The album is expected "summer next year" (2010) 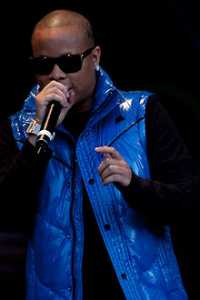