Intocable rose to mass popularity in the late '90s and became arguably the most successful tejano act of their day. Intocable's style of tejano is undeniably norteño in nature, driven by polka rhythms and heavily accented by accordion. The group even fashions itself as norteño (i.e., the cowboy look). However, their Texan roots and frontman Ricky Muñoz's gift for graceful pop melodies, among other subtleties, differentiate them from more traditional norteño acts like Los Tigres del Norte and Conjunto Primavera. Once Intocable established themselves on EMI Latin in the mid-'90s, they became one of the most steadily popular and commercially successful regional Mexican acts of their day. They regularly topped the regional charts with their albums as well as their singles, and they took pride in their devoted following, which allowed them to sell out massive arenas filled with tens of thousands of fans. In fact, Intocable were among the few regional Mexican artists -- along with the aforementioned Tigres del Norte and Conjunto Primavera, as well as superstars like Marco Antonio Solís and Ana Bárbara -- who rivaled the popularity and cultural impact of Latin pop stars such as Paulina Rubio, Juanes, and Thalía. Granted, those pop stars enjoyed truly international adoration, whereas a regional Mexican act like Intocable, for reasons of cultural specificity, was limited geographically to Mexico and the United States. But within Mexican and Mexican-American strongholds, Intocable were as revered as any pop star, and likely more respected. The band was critically acclaimed as well, with a long list of awards to its credit. For instance, they were regularly nominated for Premio Lo Nuestro and Latin Grammy awards, and they often won -- like in 2005, when they took home Latin Grammys for both Best Norteño Album (Diez) and Best Regional Mexican Song ("Aire"). Friends Ricky Muñoz (lead vocals, accordion) and René Martínez (drums) formed Intocable in Zapata, TX, in the early '90s. The group also includes Dany Sánchez (bajo sexto, second vocals), Sergio Serna (percussion), Félix Salinas (electric bass), Johnny Lee Rosas (bajo sexto, choruses), and Juan Hernández (group animation, rhythms). Group members Silvestre Rodríguez (electric bass) and José Ángel Farías (group animation, rhythms) sadly were lost in an auto accident in 1999, along with José Ángel González (road manager). Intocable began their recording career with Freddie Records, an independent label based in Corpus Christi, TX. Following the release of Simplemente... (1993), the band signed a contract with EMI Latin, for which the guys recorded their major-label debut, Fuego Eterno (1994). The follow-up, Otro Mundo (1995), was Intocable's first album to chart, eventually breaking into the Top Five of the Regional Mexican album chart, thanks in part to a trio of hits: "La Mentira," "Coqueta," and "Parece Que No." Llévame Contigo (1996) picked up where its predecessor left off, spinning off more hits: "No Te Vayas," "Ya Ves," "Llévame Contigo," and "¿Y Todo Para Qué?" One of these, "No Te Vayas," became the group's first to top the regional airplay chart, even breaking into the Top Five of the Hot Latin Tracks chart -- impressive for a regional Mexican single. Moreover, Llévame Contigo also hit number one on the regional Mexican chart and broke into the Top Latin Albums Top Five. Intocable IV (1997) couldn't match the heights of Llévame Contigo, but it still proved mighty popular, spawning two number one hits ("Eres Mi Droga," "Vivir sin Ellas") and a Top Five ("Dónde Estás?"). Lo Mejor de Intocable: 12 Super Exitos (1997) capped off the band's opening run of breakthrough success. The success continued unabated for Intocable -- mostly, that is, with the exception of one tragic episode. In March 1998, the group performed for a crowd of over 65,000 at the Houston Astrodome -- the first of numerous arena shows over the years for which Intocable would become renowned -- and Intocable (1998) followed shortly afterward, as did its hit singles ("Amor Maldito," "Perdedor," "Huracán"). Tragedy then struck. On January 31, 1999, Intocable suffered an auto accident that claimed two bandmembers (José Ángel Farías, Silvestre Rodríguez) and seriously injured the others, Muñoz included. The surviving bandmembers were hospitalized for weeks in Monterrey, Mexico, where they had been headed for a concert. After some time off to heal, physically as well as emotionally, Intocable staged a grand return with Contigo (1999). The album was preceded by a lead single, "El Amigo Que Se Fue," that paid tribute to the departed bandmembers. Contigo boasted three further singles ("Fuerte No Soy," "Soñador Eterno," "Ya Estoy Cansado"), hit number one on the regional chart, broke into the Top Latin Albums Top Five, and was the group's first to crack the Billboard 200. Intocable's triumphant return from the 1999 tragedy that befell them inspired a legion of new fans, and the band's popularity peaked to new heights. The successive years brought more successful studio albums (Es Para Ti [2000], Sueños [2002], Nuestro Destino Estaba Escrito [2003], et al.) and greatest-hits collections (14 Grandes Exitos [2001], La Historia [2003], Original Masters [2004], et al.), not to mention a laundry list of hits, several of which hit number one ("Enséñame a Olvidarte," "Sueña," "El Poder de Tus Manos," "Eso Duele," "¿A Dónde Estabas?," et al.). A couple latter-day albums are worth noting: Intimamente (2004) showcases Intocable in an "unplugged" setting, performing many of their hits in a low-key fashion, while Diez (2005), their tenth album release for EMI, is a fantastic album complemented by a second disc that is essentially a tribute album comprised of covers by cutting-edge Latin alternative artists such as Kinky, Tego Calderón, and Natalia Lafourcade. Jason Birchmeier, All Music Guide 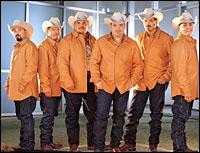