Contrary to what the name Innocent Bystander suggests, these guys know they can’t just naively sit back and expect things to happen…

Driving Innocent Bystander’s edgy style of rock are five enthusiastic musicians with a strong work ethic and a wealth of experience. Singer and song writer, Joel Goguen, moved to Vancouver 6 ½ years ago from the east coast to pursue music. It was here where Joel met lead guitarist Clayton Creed, bassist Wayne Szolga, and drummer Justin Krem, who all share in the same creative vision. In April of 2008 the band welcomed rhythm guitarist and background vocalist, Peter Elias, thus completing a line-up that delivers a thick live sound.

Innocent Bystander hit the Vancouver rock-music scene in the fall of 2003, winning several “battle of the bands”, such as Fan Wars hosted by WJS Productions, before releasing their first self-titled EP in November of 2005. In preparation for entering 99.3 The Fox Seeds Competition, the biggest “battle” in Vancouver, they decided to hit the studio once more; recording their second EP “Innocent Bystander II” in April of 2006. As a top 10 Seeds finalist that year they started to see great results from all their hard work.

Over the course of the next year, Innocent Bystander spent most of their time playing shows and attaining a solid fan base. In the spring of 2007, they again entered 99.3 The Fox Seeds Competition where they place in the Top 2o, which propelled them to work even harder towards further developing their unique blend of rock. So with a tenacious dedication to their craft IB formulated a new plan of attack. In early 2008, armed with new material, they entered the Canadian Rock Star Song Writers Competition (hosted by 95 Crave Fm; sponsored by Music BC and Factor) and found themselves in the Top 4 of their region.

Innocent Bystander has big plans for 2008, starting with their first invite to play a New Music West Showcase. They are set to enter The Fox Vancouver Seeds Competition for the third year in a row and will be releasing their long awaited full length debut album prior to heading out on the road for a Western Canadian tour.

…watch for Innocent Bystander to come to a city near you on their quest of “bringing the music to the people.” 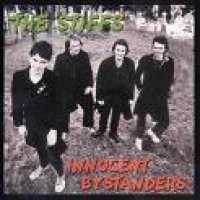