Ian's first band was The Patrol, in which he played bass. He was the major lyrical influence in the Stone Roses' earliest work circa Garage Flower, before the classic Squire / Brown partnership that would yield the 1989 debut TSR. For all the criticism Ian's voice receives, it has become one of the most imitated in the years since his emergence.

He contributed to only 3 songs on Second Coming (Daybreak, Straight to The Man, Begging You). Ian usually points to John's excessiveness in the Second Coming years as one of the main reasons for the group's downfall. However, his own lethargy in this period contributed just as much. Had John not come up with the goods, the Roses' hiatus would have reached Stereo MC's proportions...

Ian will always be remembered for his classic one-liners such as "It's not where your from, It's where your at" (Alexandra Palace 1990), a quote possibly originating from an Eric B and Rakim song called I Know You Got Soul:

Now if your from Uptown, Brooklyn-bound,
The Bronx, Queens, or Long Island Sound,
Even other states come right and exact,
It ain't where you're from, it's where you're at

Having chosen to continue on as The Stone Roses after John's departure, it all finished disastrously at the Reading Festival in 1996. He headlined Sunday night's performance, having been out with former band member Cressa the night before, smoking weed, which ruined his voice for the gig. Ian would argue that he was in a no-win situation concerning that gig though. Speaking to Jo Whiley:

"A girl's told me that she's been at the meeting with the NME on the Friday, and the man's told her: "We bury him this weekend." So it didn't matter to me how I performed. That was how he was going to do the thing".

Describing the music business as "the filthiest business in the universe", he closed the book once and for all (?) on The Stone Roses. 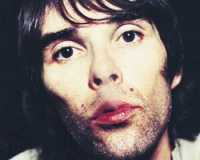