Shimatani started her career as an Enka singer with the release of her debut single "Ōsaka no Onna" (大阪の女 Ōsakan Woman?) in 1999, but later decided to get into the dance/pop style for her music. Shimatani's music has also appeared in video games and also anime series.Contents [hide]
1 Biography
1.1 Early life
1.2 As an Enka singer
1.3 As a pop singer
1.4 As an Actress
1.5 Relationships
2 Discography
3 External links

Hitomi Shimatani's childhood dream, like many others, was to become a famous singer. At the age of seventeen, when she was still in high school, Shimatani decided to pursue this goal and attended "The Japan Audition 1997" hosted by the music label avex trax. Hitomi was chosen out of around 200,000 other girls who participated and received a recording contract with avex. However, before starting her music career, she wished to finish high school -- to which avex agreed, but with the stipulation that Shimatani attend vocal lessons at the same time. She agreed. She also liked playing tennis when she was young.
[edit]
As an Enka singer

After having finished school and feeling ready to her first step as a young singer, in 1999 Hitomi released her first single called "Ōsaka no onna" (大阪の女 Woman Of Osaka?), an enka song. Although the single received much critical acclaim and even won some awards, it sold rather poorly, causing either Shimatani, avex, or both to decide that "Ōsaka no onna" was to be both the beginning and the end of Shimatani's enka career. She started to record more songs and in 2000 she released her second single, "Kaihōku" (解放区 liberated district?), which was drastically different, stylistically, than her previous with its extremely pop leanings.

Before she started her pop career, a single titled "涙くんさよなら" (Namida-kun Sayonara) was released under the name Blue-eye Land.
[edit]
As a pop singer

Mainstream success didn't come until the release of Shimatani's third single, entitled papillon (パピヨン lit. "papiyon"?), a Japanese version of Janet Jackson's song "Doesn't Really Matter". The single became a hit, eventually selling over 200,000 copies, and vaulted Shimatani into the spotlight. Since then, Shimatani has often been compared with the top artists on avex trax. She has released six studio albums, one "best-of" compilation, a special concept album entitled "crossover", a winter mini-album, a cover album, an overall total of twenty-seven singles and 8 DVD's containing videos and live performances.

Shimatani often uses "exotic-sounding" titles for her songs, including such tracks as Perseus (ペルセウス Peruseusu?) (which references the famous Greek myth), Falco (ファルコ Faruko?) (Italian for "hawk"), bella flor and La Fiesta (in Spanish, "beautiful flower" and "the celebration", respectively). She has also been recognized by anime and video game fans around the globe for songs like Angelus, which was used as an opening theme for the InuYasha anime series, Falco as the 1st opening of The Law of Ueki, Taiyou No Hana Destiny for the anime series BlackJack 21, and Garnet Moon, the main theme from the PlayStation 2 video-game "Another Century's Episode". Shinku (深紅?) and Poem of Love (愛の詩 Ai no Shi?) are expected to appear in "Another Century's Episode 3 THE FINAL".

Although dance-pop/techno-pop and Latin-styled music were a staple of much of Shimatani's earlier career, she has recently been working extensively in a sound which many have termed "crossover" (named so after the album on which it first made an appearance) -- a blend of traditional pop sensibilities with heavy orchestral and classical-music infusion.

After releasing her 27th single "泣きたいなら" in March 2008, Tokyograph announced that Shimatani's song titled "WAKE YOU UP" is to be the theme song of K-tai Investigator 7, which started airing in early April 2008, while just a few days later the news about "Wrestling Asia Senshuken 2008" program came out, saying that Hitomi will be doing yet another song for it, "Marvelous" (the previous one was "Neva Eva" which was released back in 2007). In late April 2008, the new single was announced by both Neowing and CDJapan, "WAKE YOU UP/雨の日には 雨の中を 風の日には 風の中を/Marvelous" and it is said it will be a triple A-side, with all the songs having a promotional video.

On July 16, 2008, Hitomi released her seventh studio album, Flare. On March 4, 2009, she released her thirtieth single, SMILES, which is being used as the theme song for the drama Parallel, in which Shimatani herself stars.
[edit]
As an Actress

Shimatani had a part in the Prince of Tennis Live-Action Film as the character of Sumire Ryuzaki. She plays a young and optimistic girl who is Nanjiro Echizen's classmate. She was also in the 11-episode drama Boku dake no Madonna (She is my only Madonna / ...and I love her). Though she wasn't actually in the movie, she did a cover of Vanessa Hudgens' song "When There Was Me And You", titled "Anata To Ita Toki", from the hit Disney film High School Musical.

In 2007, she was chosen to play the lead role of Anne Shirley during the touring performance of Anne of Green Gables in Japan.
[edit]
Relationships 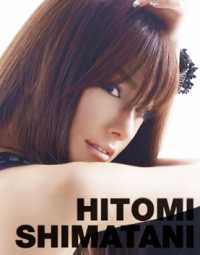