They released their first album entitled “K” in 2007 and have recorded a follow-up EP titled “From the Vine.” Though the EP was never released on cd, the tracks can be heard at myspace.com/heysandy.

Their latest album, “You Brought Me Here” was recorded over the Summer of 2009 and is set to be released on September 18th of this year. The album is a 5 song EP and will be available in physical, as well as digital, formats. 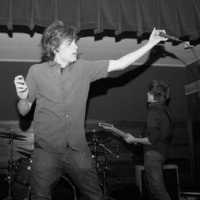