Hélène Segara (real name Hélène Rizzo) was born on February 26, 1971 in Six-Fours-Les-Plages, France : her father was Italian and her mother was Armenian. In 1979, her parents divorced and she lived with her mother. At 11, she attended a song contest and won it, though her parents didn't want her to be a singer. At 14, Hélène went to live with her father then she left school the following year. She performed 1,200 songs in restaurants and bars. In 1989, her first son Raphaël was born. In 1993, she released a maxi-single and, in 1996, she decided to leave the French Riviera to go to Paris.
She went to many record companies until a producer was interested : Orlando (Dalida's brother and producer). A first single was released : "Je Vous Aime Adieu". She sold 600,000 copies of her first album Coeur De Verre, revealing her as a modern and romantic singer. Success came rapidly but in 1998 Hélène participated to the musical "Notre-Dame De Paris", playing Esméralda. She became more successful during 2 years, but in 1999, she was forced to undergo surgery for her vocal. During her recovery, she made her second album. She wrote 6 songs on Au Nom D'Une Femme and singles were successful. In 2001, Hélène received a Victoire De La Musique for "Female Artist". Since then, she became one of the French's favourite singers. In 2003, she married Mathieu Lecat and her second son Mattéo was born. Her third album Humaine was released the same year and the single "L'Amour Est Un Soleil" was successful. In 2004, her daughter Maya was born. In 2006, Hélène co-wrote nearly all the songs on her fourth album Quand L'Eternité, being very talented again. 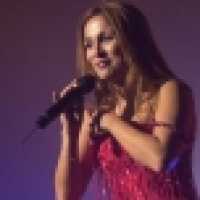