A signer/guitarist/songwriter whose original compositions incorporated musical elements stretching from folk to jazz to rock, Harry Chapin not only was a troubadour of modern times but also a social reformer. Besides entertaining audiences all across the United States, he often persuaded them to contribute to humanistic causes ranging from world hunger (he founded an anti-hunger group called "Long Island Cares") to support for the performing arts. Describing his code to one interviewer, he said: "Our lives are to be used and thus to be lived as fully as possible. And truly it seems that we are never so alive as when we concern ourselves with other people."

He was born in New York's Greenwich Village, the son of a big-band drummer whose credits included stints with the Tommy Dorsey and Woody Herman bands. It was a closely knit family. Harry and his three brothers all drew inspiration from their father's musical interests. One of Harry's early musical pursuits was singing in the Brooklyn Heights Boys choir after the family moved to the Brooklyn Heights section of New York in the 50s. Among his acquaintances in the choir was Robert Lamm, later of Chicago rock group fame.

The first instrument Harry learned was the trumpet; he later took up banjo and guitar. At 15, he organized a musical act with his brothers. The older one soon dropped music, but younger siblings Tom and Steve stayed with it and later were regulars in the band that accompanied Harry around the world. Their father, Jim, sometimes sat in with them when they were young; he too became a cast member of the Chapin troupe in the 70s, when he often opened one of Harry's programs with his own Dixieland jazz group.

Harry became enthused about the folk boom of the late 50s and 60s and played many of the folk hits of the day for his own pleasure or for friends while studying architecture at the Air Force Academy and then philosophy at Cornell University. In 1964, he decided he'd had enough of higher education and left school to join brothers Tom and Steve and his father in a group called the Chapin Brothers that worked in Greenwich Village spots. The group recorded an album, Chapin Music, on Rockland Records, but disbanded when Tom and Steve when back to school.

Meanwhile, Harry was also trying his hand in the film field, first working as a film packer, loading reels into crates, then moving into film editing. By the late '60s, he was making some of his own documentaries. Completed with associate Jim Jacobs, his documentary Legendary Champions won an Academy Award nomination for best documentary of 1969 and also received prizes at the New York and Atlanta film festivals. In the middle and late 60s, Harry also wrote original songs, mostly of the story-telling kind that was to become his trademark in the 70s.

In 1970, his family resurrected the Chapin Brothers and got a contract to cut an LP for Epic. Harry provided the songs, but didn'g play in the group. Among the tracks on the LP were "Dog Town," "Greyhound," and "Any Old Kind of Day," which later were re-recorded by Harry and became an important part of his repertoire. Not too much happened with the 1970 group, but the following year, Harry got back into action, assembling a new band including brother Steve. Instead of looking for paying engagements with others, Harry hit on the idea of renting the Village Gate in New York for a summer run. Critics praised their work. Soon, not only local fans were coming to hear them, but record-company executives as well. In late 1971, this culminated into a contract with Elektra, which remained his label through the rest of the 70s.

In short order, he had a single and album that made the national charts. The single, a story song called Taxi drew on Harry's short-lived efforts to get a taxi driver's license in the mid-1960s. (The song itself deals with a change meeting between two onetime lovers-the man now driving a taxi-whose paths and dreams have diverged sharply.) It received considerable air play despite its unconventional length of six minutes. Heads and Tails his debut LP containing the song, was released in early 1972. Harry continued to build up a following across the world during 1973 and 1974 with the albums Sniper and Other Love Stories and Short Stories.

The most played track from Short Stories was the hit single WOL*D, a bittersweet view of the AM radio world through the eyes of an aging disc jockey.

His fourth album, Verities and Balderdash, proved even more exciting. One of its tracks, Cats in the Cradle was a telling indictment of a father who was more concerned about becoming a success in business than helping his son grow up. Both single and album soared pas gold-record levels and verified that Chapin was a bona fide star even though his balladeering approach to music didn't fit neatly into any particular cubbyhole. He essentially was a folk-singer, but in a completely modern idiom.

In the mid 1970s, without abandoning his steady recording pace (which included two LPs, Portrait Gallery and Greatest Stories-Live, Harry ventured into other entertainment areas. During 1974, he was working on a new musical, a multimedia concept show that opened on Broadway in 1975 under the title The Night that Made America Famous with a title song by the same name. The show was highly praised by reviewers and later was given two Tony nominations by New York theater critics. Two years later, the time across the country in Hollywood, a revue at the Improvisation Theatre based on his music and called Chapin achieved a seven-month run and later spawned similar productions elsewhere.

During the 70s, Chapin kept up a hectic touring schedule that averaged 200 concerts a year all over the United States and in many other nations. Besides his regular commercial shows, he constantly crammed in benefit appearances for the many causes and charities he believed in. In the mid 1970s, for instance, he organized a series of Concerts for Africa to help victims of the drought in sub-Sahara regions. In the summer of 1974, he gave three shows for that cause in the Astrodome in Houston, Los Angeles Forum, and Madison Square Garden that helped raise over $6 million in relief funds. In fact, of his 200 annual concerts, typically half were benefits.

Another continuing effort was his work to eradicate hunger throughout the globe. Chapin helped found the World Hunger Year, a campaign in which, besides giving many benefit concerts and enlisting other artists to do the same thing, he lobbied House and Senate members and the President of the United States to pass a resolution for a government commission on world hunger. At many of his concerts, he told the audience he would remain after the show as long as necessary to sign autographs and talk to people donating money to whatever charitable enterprise he was working on at the time.

Even with that hectic schedule, he still managed to write new songs and turn out new albums, though it must be said that sometimes the pace appeared to be reflected in some loss of creative results. After his 1976 LP, On the Road to Kingdom Come, he provided material for a two-album set released in August 1977, Dance Band on the Titanic. The theme running through its eleven songs was that the entertainment industry, to coin a phrase, was "on thin ice" and resembled the band on the sinking Titanic. However, the LP seemed far muddier and less interesting than his earlier releases. Harry was in better form for his next offering, Living Room Suite, issued in June 1978. Among the diverse groups providing backing vocals were the Persuasions, Dixie Hummingbirds, and Cowsills. Though he was still a favorite with concert audiences at the end of the 1970s, Chapin's recording efforts seemed to be bringing diminishing returns when he left Elektra to sign a new contract with Boardwalk Records. by the end of 1980, though, that part of his career was on the upswing with the success of his single "Sequel," in upper charts levels in December and his Boardwalk LP of the same title, on the charts from late 1980 well into 1981.

"Sequel," as the title indicates, was a follow up to his earlier hit "Taxi," in which the man and woman meet after ten years with their roles reversed-by then the one-time taxi driver is a success in the music field and the girl is divorced from her rich husband and working for a living. There turned out to be some irony in chapin's comments to Paul Grein (Los Angeles Times, December 6, 1980): "My wife has been kidding me that in another ten years I've got to write a new song called 'Hearse' and finally haul 'em off."

Unfortunately, Chapin's own life was snuffed out in an automobile accident on New York's Long Island Expressway in July 1981.

Just before his passing, he had expressed his concern over political trends in the U.S. to Andrew Epstein of The Los Angeles Times, though at the same time indicating optimism that the younger generations would eventually improve things. (Chapin was somewhat apolitical himself; in the 1980 elections he had campaigned for five Republican and 19 Democratic Congressman, basing his support on their stands in favor of action to alleviate world hunger.)

"Frankly," Chapin said "there's more potential movement out of this generation than there was in the '60s. The real question is whether America is going to use Reagan as an excuse to forget about things it already knows it should stand up for. When David Stockman [Reagan's budget director] says to America that there's no such thing as an entitlement, it's giving us all an excuse to not feel guilty about [the poor] and just be selfish. And we know that's nonsense. Because we know that Nelson Rockefeller, when he was born, was entitled to $400 million and somebody else was entitled to brain damage because of malnutrition.

"The scary thing about the current political situation is that it is allowing people to have a political excuse to go to sleep."

Soon after Chapin's passing, there were indications others would rally to his causes. Benefits were planned to collect funds for them as well as to salute his memory. His manager, Ken Kragen, announced establishment of a Harry Chapin Memorial Fund "to keep his work going and try to accomplish some of the goals he set." 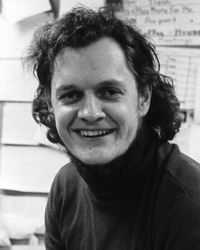