There are 2 bands named Habeas Corpus

1)Habeas Corpus is a rock band from Madrid, Spain, leaded by David Langa.
HC was created in 1992. When HC start it was a ‘hardcore’ group (HC initial’s are from HardCore) with a bit of ‘rap’ and ‘punk’.

The meaning of the songs always has a political and reivindicative context. 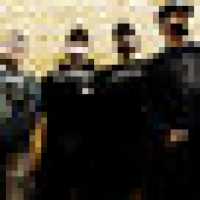