Griffin House is a Cincinnati, Ohio native who didn’t start playing guitar until he was away at college, and his only previous experience as a singer came in a high school play. But as soon as he learned basic chords, he began to write songs.

He mostly operates as an unsigned act, releasing his albums through Evening Records; the one exception to this rule is Lost And Found, his only widely-commercial release. Griffin is almost always on tour and recently completed a successful tour opening for Mat Kearney. House attended Miami University in Oxford, Ohio and released the album Lost & Found in 2004. It was recorded on a shoestring budget with House, his band and a few friends doing the producing and recording themselves with only one or two takes. House also recorded a cover of the Jackson Browne song, “These Days” for the Everwood soundtrack album. Both that song and “Amsterdam” were later featured in the show. 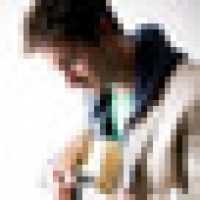