spire. Attain. Surpass.
The three words that aptly sum up the Goo Goo Dolls career to date- aspiration, attainment and the ability to surpass all expectations- are also the essential elements in the creation of Gutterflower, the trio's brilliant new offering on Warner Bros. Records, featuring their stunning new single "Here Is Gone."

"There's no way we could rest on our laurels," asserts vocalist and guitarist John Rzeznik on the collective mindset the band brought to the writing and recording of their fourth major label release. "No matter how successful we were going into this record, we all felt we were starting from scratch, as if we were making a record for the first time. Sure, you learn from experience, but the important thing is to keep it fresh, to stay alive to the possibilities and potential of the music. You can never take that for granted." So much for Aspiration. And, while it's true that success too often breeds complacency, for the Goo Goo Dolls it's only served to bring them closer to the fundamentals of their fifteen-year partnership. "We never really bought in to the whole rock star myth," John continues, before adding with a laugh, "Well, we might have 'rented in' for a weekend here and there, but in the end it always comes back to the music. For us, success - real success - is one song at a time."

That's the way it's always been for the Goo Goo Dolls. From their earliest days on the rough-and-tumble Northeast music scene through years of playing according to bassist Robby Takac - "every one night stand in American, twice," through their obligatory stint in the indie records realm, the band have combined an unerring instinct for original and authentic music with a hardcore work ethic that is nothing short of inspirational.

It was that mix of talent and sweat equity that paid off with the 1998 release of Dizzy Up The Girl, a breakthrough in every sense of the word, with worldwide sales approaching six million and counting and a string of smash singles including the epochal "Iris," as well as "Slide," "Black Balloon" and the title track. Together, Dizzy's hits have racked up an historic one million radio spins to date. Two solid years of international touring followed the album's release and, while the band and its fans could be forgiven for concluding that the Goo Goo Dolls had finally "arrived," it was that restless urge to turn the next creative corner that kept the trio cranking.

Which brings us to Attainment. After a well-deserved six-month hiatus, the group reconvened to compile a long overdue career retrospective. With the revealing title of What I Learned About Ego, Opinion, Art & Commerce, the 22-track collection was, says Robby, "A way for people to get caught up on what came before 'Iris.' We've been at this a long time and we're proud of what we've done. This was our way of acknowledging that history."

It was in the fall of 2001 that John and Robby, along with drummer Mike Malinin and producer Rob Cavallo (the man behind the boards for Dizzy Up The Girl) began assembling the elements of a new album. "Of course our success was a factor going in," asserts John. "How could it not be? We worked our asses off to get to this place, and we didn't want to disappoint ourselves or our fans. But more than that, we wanted to see where the music would take us. We'd been living in a fishbowl for three years, and it felt good to get back to basics."

"Basics" in this case included recording with an array of vintage instruments in the confines of Hollywood's legendary Capitol Records Studios. "The place had a real vibe," John continues. "I even put up some velvet drapes and a memorial bar in honor of Sinatra and all the others who had recorded there. Along with using the old equipment, it helped us keep in touch with the sound we were after. With digital technology you're always fighting against something antiseptic. We needed that edge to keep it real."

"The whole process took about four months," continues Robby, "which is about normal for us. The pressure was definitely on, but that didn't change our approach. We had an incredible team, especially Rob Cavallo, who totally understands what we're about and our engineers Allen Sides and Ken Allerdyce. In the studio, the difference between success and failure can come down to how many inches there are between microphones. We depended on them totally to make those calls."

With all the elements in place, it remained for the Goo Goo Dolls to grapple with the greatest challenge of their career - to create music that would both build on and surpass the extraordinary accomplishments that preceded it. And it's in this final category that Gutterflower represents a full-on, flat-out triumph. Simply put, the twelve tracks that comprise this potent and persuasive tour de force not only exceed every available expectation, but also create a whole new standard for the energy and emotional impact that has always been the hallmark of genuine rock & roll.

It always starts, of course, with the songs. On Gutterflower both John and Robby seemed to have taken a leap from an already impressive perch, fashioning music and lyrics into a resonant and revealing listening experience far greater than the sum of its parts. On that rarest of occurrences - an album with no throwaway tracks - it's impossible single out any one selection for special attention except to say here is a collection of songs that manages to convey universal insights in highly personal terms.

"I think, if there's a theme to these songs, it about being honest with yourself and with others, and seeking out those who will return the favor," John ventures. "Our experiences over the past three years have taught us to appreciate friendship, love and loyalty…those basic human values. When we're writing about characters we've encountered and scenes we've survived, it's that need for connection that comes through and hopefully everyone can relate to that. Otherwise, you're just talking to yourself."

The assured and accessible lyrics of Gutterflower are matched, note for note, with music that both celebrates the band's stylistic diversity and conclusively consolidates their cohesive ensemble sound. From their trademark blood-and-thunder alchemy to glorious acoustic outings to a soundscape wholly their own, the Goo Goo Dolls, on Gutterflower, have expanded their expressive range in dazzling new directions.

Next up, naturally, is an extensive touring itinerary. "This is one of my favorite times of the whole process," John reveals. "The album is finished. There's nothing more you can do, even if you wanted to. It's time to start thinking about stepping from the studio onto the stage and making that the best experience it can be. We're ready." 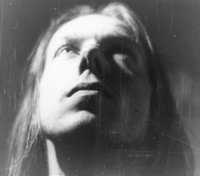