Giusy Ferreri (born 17 April 1979 in Palermo, Italy) is an Italian singer and songwriter.

In 2008 Giusy took part at the first italian edition of the talent show X Factor, in which she came second. She has been compared to Sarah Vaughan, Bessie Smith and Amy Winehouse for her personal and unusual voice.

Career
In June 2008 Sony BMG Italy released the debut EP by Ferreri, which includes her first single Non Ti Scordar Mai Di Me (written by italian popstar Tiziano Ferro) and 5 covers of classic songs from the 60s-70s. It has already been certificate 4xPlatinum in about a month, and has sold over 300.000 copies to date.

Debut album
In October 2008 was released Novembre, first single from Ferreri’s official debut album Gaetana. The album will be release on November 14, 2008 and there will be collaborations with american singer-songwriter and producer Linda Perry and italian pop singer Tiziano Ferro. The first single from the album, Novembre, debuted at number one in Italy. 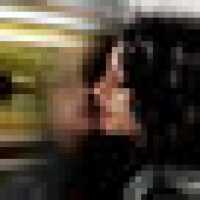