The Girls Aloud phenomenon began right back in the summer of 2002 when ITV launched Popstars: The Rivals in order to find a girl group and a boy band who would compete for the Christmas number one.

In a matter of weeks, thousands of young hopefuls auditioned to become part of one of the two groups. Unfortunately, only 100 could be taken to the next round of auditions, meaning many contestants' dreams came crashing down very early on. However, the ones that did make it continued to impress their way through dancing and singing rounds until just 10 remained and them public took control. But before then two of the female finalists were replaced. Hazel was too old for the show, whilst Nicola Ward refused to sign the contract and walked out. And it's a good thing they did, because that gave Nicola Roberts and Kimberley Walsh a chance to impress the voters.

One by one the final ten of each gender where voted off the show until two bands were formed - One True Voice (23rd November 2002) and Girls Aloud (30th November 2002). And then the race for #1 was on! The male "vocal harmony group" were favourites to take the crown...that was, until the public heard the singles. Girls Aloud's fresh, exciting sound managed to gain them far more support and they stormed straight to the top spot, never looking back. 'Sound of The Underground' sold over 40,000 more than the release from One True Voice and stayed at #1 for four weeks, selling over half a million copies in total.

Because of their success, Girls Aloud became the first female group to debut at number one in the UK and the first band to go to Christmas number one with their first single. With only three weeks between forming and charting they also hold the record for shortest time between formation and hitting the top spot. And they've only had one single!

A four month gap followed their initial success whilst label Polydor Records and manager Louis Walsh found their next single. 'If You Wanna Roll' was the first idea, but this was ditched due to connections with a previous Popstars act. Then it seemed certain that 'Cant Stop Rockin' (now 'Mars Attack') would be the second single. Then 'No Good Advice' landed in the office and the record company immediately saw its potential. Following a break at Christmas the band members all moved into the same apartment block in London, so they were all close by just like in the Popstars house. Also at the beginning of the year there was the toilet incident involving Cheryl, which many speculated could see the end of Girls Aloud. Luckily, this was not the case as Polydor and her bandmates were behind her 100%. Then, there was the cancellation of the Popstars tour, which also put the bands popularity into question. However, nothing was going to stop these fiesty ladies from becoming Britains favourite girl group.

In May 2003, 'No Good Advice' went to #2 in the charts and become one of the years most talked about hit's. A critically acclaimed #2 followed shortly after and confirmed that Girls Aloud were here to stay. Not long after that, 'Life Got Cold' became their 3rd Top 3 single and showed that they were capable of doing slower tracks as well as upbeat pop songs. The girls performed at various summer festivals and gained more support as they prepared for another release in November. Cheryl was ill with a kidney infection for some of the events, but returned in October to film the groups next promotional video. Before that, the singer was cleared of racially aggravated assault but charged with common assault and had to take part in 120 hours of community service. Once again, newspapers were certain the group would loose fans. But they proved them wrong yet again by securing another #2 single with their cover of 'Jump' which appeared on the Love Actually soundtrack!

By the end of their first year as a band, Girls Aloud had officially become one of sexiest, most successful girl bands in Britain and winners of a Disney Channel Kid's Award! Their album went platinum and their singles were entering charts throughout Europe. They took a well deserved break over Christmas before heading back into the studio at the start of 2004, to begin work on the second studio album.

It was not until late May of that year that fans were treated to the first play of Girls Aloud's electric 5th single, 'The Show.' Having toned up and been given a brand new look, the girls shot back into the limelight and into the Top 3, as the notched up another #2! Oh, and they picked up a Glamour Award for Band of The Year.

Once again they hit the road, performing at universities and summer gigs ensuring everybody knew the Girls Aloud were back. Sadly, towards the end of July Nadine's family suffered two sudden bereavements and she returned home to Ireland to be with her family. Being a strong person, Nadine was back with the band after two weeks and promotion for the 6th single began almost immediately.

'Love Machine' is unlike any of the girls previous releases and once again shocked the public just as 'Sound of the Underground' and 'No Good Advice' had previously. After a mixed reception the public grew to love the track at it became their 6th consecutive Top 3 hit by going straight to #2. This meant that only the Spice Girls had performed better with their first 6 releases!

As fans awaited the release of their eagerly anticipated 2nd album, it was revealed that Girls Aloud had been chosen to sing 2004's Children In Need single - fighting off the likes of Busted and Geri Halliwell. Rumours quickly circulated that 'The Power of Love' would be the 7th release, only for it to be revealed that the actual track was to be a cover version of The Pretenders' hit 'Ill Stand By You.' Yet again there were worries about whether they could pull it off...and it turns out they could! The girls filmed a stunning video on a mock beach to go with the ballad and promotion began soon after.

Nadine's family suffered another loss in the early stages of promotion, and Nicola unfortunately lost an uncle not long after this. But the girls battled on, singing live on almost every TV show they appeared on - silencing critics who said they couldn't cut it live. An MTV special saw them perform Jump, Love Machine, The Show and Sound Of The Underground live as well, leaving fans gagging for a tour.

Even more excitement brewed as tracks from 'What Will The Neighbours Say?' began to leak with Wake Me Up, Here We Go and Graffiti My Soul gaining great praise and confirming that the edge was definately still there! But before the album hit the shelves, I'll Stand By You got its release. On the Tuesday after its release fans stood by for midweek positions to be revealed and, to their delight, Girls Aloud were heading straight for the top spot. After a phenomenal performance on Children In Need sales boomed and on the Sunday it was announced that Girls Aloud had scored their second number one single after almost two years - selling almost 30,000 more copies than any other release that week!

A few days later, the girls second album hit the stores. It became the weeks highest new entry on the album charts, reaching #6 and and selling twice as many copies as their debut, 'Sound Of The Underground.' Sales continued to grow and the album was certified platinum in under three weeks, selling well over 300,000 copies! The unbelievable success of 'What Wll The Neighbours Say?' led Polydor to announce Girls Alouds first ever UK Tour.

Having performed at the Royal Variety Performance in December to end a extremely successful year, Girls Aloud started 2005 with a bang, being nominated for Best Pop Act at The Brit Awards - one of biggest events of the year! They also announced the release of their 8th single, Wake Me Up, which was accompanied by a biker video and shot to #4 in the UK Charts.

The biggest event of the year was the sell-out UK tour which saw Girls Aloud perform at 24 locations around Great Britain. Fans and reviewers alike praised the girls for an amazing show each and every night with Love Machine, Teenage Dirtbag and Le Freak being some of the highlights.

After holidays for each of the girls and Cheryl announcing she was getting married to long-term boyfriend, Ashley Cole, they hit the studio to record the third album. The first track, Long Hot Summer, hit the Top 10 in August 2005.

However, it wasn't all good news. Besides Sarah's failed reunion with former lover Mikey Green; Nadine Coyle was also subjected to press attention of her weight. According to reports the girls were ordered to gain weight over fears they had gotten too thin. Not long after, Cheryl angered fans with a comment in Glamour magazine where she said those who had seen the girls more than 5 times may "have something missing in their lives."

During September, tabloids began printing rumours of a split. They had originally reported that several girls were going solo in February and, following mp3's becoming available of Sarah's tracks with Project G, the rumours were reignighted. What they failed to mention was the fact that these songs were actually recorded in 2002, before Sarah even auditioned for Girls Aloud. Stories of a rift in the band combined with the latest single falling quickly out of the Top 20 caused much speculation about how long the band could remain together.

Ignoring the tabloid trash, Nicola and Co announced 2006 Tour Dates and prepared to launch a double assault on the singles charts. 'Biology' was the be released in November with 'See The Day' following just one month later. As the promotional work begun a documentary showing girls with their families and each other reminded long-term fans what attracted them to the girls in the first place.

'Biology' become another big hit for Girls Aloud, storming to #4 in the UK Singles Chart. But it was elsewhere that it's appeal was truly showcased. The single made #1 on the iTunes Most Downloaded list, resulting it Girls Aloud's highest ever placing on the Official Download Chart - #2 behind Madonna. The video also hit #1 on the TV Airplay chart.

The groups 3rd album was already recieving amazing reviews from respected publications such as NME and The Guardian, with TOTP calling it the album of the year. Upon it's release it hit #11 in the albums chart selling just short of 82,000 copies in one week. Like 'What Will The Neighbours Say?' it went platinum just one month after it's release.

Shortly after, 'See The Day' become Girls Aloud's 11th Top 10 single - meaning they broke a record even the Spice Girls didn't manage. Thats right, they ended 2005 as the FIRST EVER all girl group to have 11 consecutive Top 10 singles with their first 11 releases! 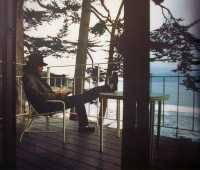