Giorgia was born in Rome.

Her debut was on the stage of the Ariston theatre for the 1994 Sanremo Music Festival when she sung “E poi” in the category Nuove Proposte (New acts). In that festival she’s got the 7th position of the final New act chart.

Her debut-album Giorgia sold 150,000 records. Some months later Luciano Pavarotti called her for a duet at the Pavarotti & friends show.

In 1995 she came back to Sanremo music festival for her 2nd time singing “Come saprei”. She won the festival and her 2nd album Come Thelma & Louise sold 300.000 records.

In 1996 she particated for the third time in the Sanremo Music Festival with the song “Strano il mio destino” and finished in the third place of the festival chart. Strano il mio destino - Live & studio 95/96 is the title of her third album that sold 260,000 copies. The top of her career went in 2000 in Lucca when Ray Charles called her on stage for singin’ “Georgia on My Mind” after she told him that her father called her Giorgia in honour of the song. In 2002 her first Best of record called Greatest hits - Le cose non vanno mai come credi stayed in the Italian chart for more than 1 year. She is the first Italian artist to record an MTV Unplugged.

She was nominated as Best Italian act at the MTV Europe Music Awards 2005 in Lisbon. 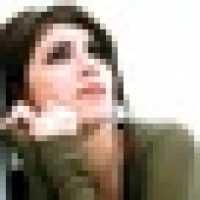