In the 80s and 90s, entertainment might have been dominated by the likes of Michael Jackson or Prince, but the millennium belongs solely to Ginuwine. His first album introduced him as the most eligible Bachelor in the game, and he revealed 100% of himself on the second album. Both releases were double platinum outings. Now, R&B music welcomes its savior back with open arms, for the release of his third album, The Life.

"The Life is telling you where I'm from and what I do. Just getting to this third album was a big step. I was under a lot of pressure while recording this album," Ginuwine says reflecting on the changes in his life since his last time out. "I had to put myself in a mode. I locked the studio doors, and didn't let anyone bother me. I just sat down and got into my vibe."

Though Ginuwine has always mirrored himself in his music, The Life, as an album, comes closest to Ginuwine, the person. When Ginuwine found himself at the mercy of life's struggles, the R&B superstar decided to devote all of himself to his music. The recent passing of both his parents within a year of each other made Ginuwine dig deep into his soul to find his most personal feelings. "With the recent death of my parents, this album enabled me to say things that most artists wouldn't say or let anyone know about. I wanted to be truthful and say what I really felt. I'm glad that I'm able to share these personal feelings with my supporters. It makes me feel that they really know me," says Ginuwine. On "2 Reasons I Cry," a dedication to his parents, Ginuwine opens the door, and lets listeners into his life.

But even though he reveals a more sentimental side to himself on The Life, he's still the same ole G. The album's first single, "There It Is," is in true Ginuwine fashion. The talented vocalist pours his heart out over the bump-n-grindin' beat. The song is destined to become the next anthem for hard workin' men, fed up with their ungrateful women. On the chorus, he seductively sings, "I'm not doing this shit for nothing/ I pay the car note, light bills, house note/...what more do you want."

Unarguably R &B's sexiest crooner, Ginuwine has no competition when it comes to this brand of soul music. He flaunts his songwriting skills with concepts that are brutally honest, and down-to-earth, in a way only he can. On songs like "How Deep" and "Why Not Me," Ginuwine is destined to steal the hearts of all women, especially those attracted to his ghetto realism. And it isn't just what he says that attracts women. He explains, "It's all in how you deliver it. At times, I am romantic, at times I have a sense of humor, and at other times I'm spontaneous. A woman knows, by your delivery, whether you mean what you say, so I try to make sure I deliver my songs with that genuineness. That's how I got my name."

Though he reunited with producer Timbaland for a number of the album's tracks, that isn't to say that Ginuwine hasn't expanded his musical character for this latest project. Ginuwine sought out the help of his friend Raphael Saadiq to produce "2 Way," a song devoted strictly to the 2way pager way of life.

The Life features both breathtaking ballads and up-tempo grooves, illustrating the many different sides there are to Ginuwine. "Whatever situation you're going through, there's a song on this album that will relate to that," Ginuwine insists, speaking of his latest LP. Limiting the guest appearances to just one, Ginuwine teams up with Atlanta-based rapper Ludacris for "That's How I Get Down," a definite club-banger.

Writing most of the album's 16 songs, Ginuwine did enlist the help of prominent songwriter Diane Warren for one special song, "Superhuman," a sure-to-be pop hit. The album's content highlights Ginuwine's true personality, especially when he's as sincere as he is on "Show After The Show," speaking of what goes on in an entertainer's world.

As a performer, Ginuwine puts total entertainment into each and every show. He literally trains like a boxer, preparing for every performance by doing 500 push-ups and 500 sit-ups beforehand, to keep his endurance up. Even James Brown acknowledged Ginuwine as one of the best performers of his time. He comments, "It was an honor to hear that coming from a legend like James Brown."

Ginuwine, the entertainer, is on the verge of superstar-dom. Already a platinum-selling recording artist; the singer is about to take his acting career to the next level, as he prepares to star as the scarecrow in the upcoming version of The Wiz. He also stars alongside Vivica A. Fox in the October release Juwanna Man

Among other artists, Ginuwine is a trendsetter, whether its using original choreography on stage or recording cutting edge R&B music. "What you see is what you get," he offers. "And you'll always see 100%" 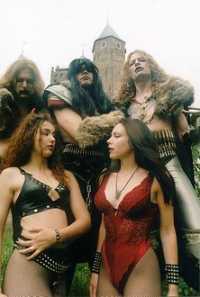