f eleven, the family was off to England. Gilbert recalls hearing the news with mixed feelings. He had lived all his life in Waterford and love the surrounding countryside. Raymond attended St. Joseph's Comprehensive in Swindon and he went on to the Swindon Art College. Prior to college he spent hours pounding at the family piano which finally forces his mom to relocate it to the wood shed. It is there that Gilbert's songwriting begins. While at college he's a band member (drums, guitar & vocals) of The Doodles, The Prefects and Rick's Blues.

After graduating he went to work in a London department store; one of his co-workers was under contract with CBS, and soon O'Sullivan was signed to the label as well. Two CBS singles "Disappear/You" and "What Can I Do?/You" were released to little attention. In 1967, The Tremeloes record "You" for their "Here Comes The Tremeloes" LP. In 1968, they record another O'Sullivan composition, "Come On Home". The CBS release is heard by BBC's John Peel who gives Ray a live airing on his "Top Gear" Radio Show in May where he performs 3 songs. Disappointed with CBS, he moves on to Phil Solomon's Major Minor label, the single "I Wish I Could Cry/Mr. Moody's Garden" is released with the adopted name of Gilbert listed on the 45. This also fails.

Seeking a manager, he sends a demo tape and photo of himself dressed in a grey flannel suit, a Bisto Kid hat, football socks, little boy's school tie and clod hop boots to Gordon Mills. Mills had already launched Tom Jones and Engelbert Humperdinck to international stardom. Mills was impressed by the demo tape and relaunches the songwriter on his new MAM label under the name Gilbert O'Sullivan. The debut "Nothing Rhymed" had some clever lyrics and a strong melody. It reached to number 1 in The Netherlands and to the UK Top 10 in late 1970. Gilbert had successfully combined a flair for Beatlesque popcraft with an old-fashioned music-hall sensibility and he was on his way! Michael Watts in the October 9th,1970 issue of Melody Maker wrote "Gilbert O'Sullivan seems to be the only genuinely interesting and original 'new' single talent to have appeared in Britian in the seventies."

The wit and craft of Gilbert's music coupled with his unusual image (at the peak of the hippie movement) produce subsequent hits including "Susan van Heusen", "I wish I could cry", "We Will", "Matrimony" and "No Matter How I Try". In 1971, "Himself" his debut LP is issued. The debut LP proves that his hit-making potential was undeniable and his ability to pen a memorable melody recalled the urbane charm of Paul McCartney. A year later, he finally broke through to the American market with the ballad "Alone Again (Naturally)," which topped the U.S. pop charts and sold over a million copies. Around this time, he quickly jettisoned his so-called 'Bisto Kid' image in favor of a series of embossed letter 'G' sweaters. In late 1972, Gilbert scored his first British number one with "Clair." The song, written about Mills’ daughter, stalls at number two in the States. His second offering, "Back To Front", reached number 1 in the UK and his appeal stretched across the board, embracing teen and adult audiences. For a time, he seemed likely to rival and even excel Elton John as Britain's most successful singer/songwriter export.

1973 proved to be a productive and exhausting year for Gilbert. In April, he is named "Songwriter of the Year" at the 18th annual Ivor Novello Awards. On May 25th he begins his 18 city UK Tour at London's Royal Festival Hall. In September, his first and only United States Tour commences, "Get Down," and "Ooh Baby" become top selling singles and his third LP "I'm A Writer Not A Fighter" is released. He opens the official fan club and finishes the year with sold-out shows in the London Palladium.

In May of '74, "Get Down" wins the Ivor Novello Award for the "Best Song of the Year." In September he opens for The Carpenters at the Hollywood Bowl. He returns to Europe and spends the rest of the month on his 16 date European tour, which takes him to Italy, Spain, Germany and other countries. In October, his fourth LP, "A Stranger In My Own Backyard" is released and hits UK#9. In November he plays a one-week stay at the London Palladium. Although singles like "Why, Oh Why, Oh Why", "Ooh-Wakka-Doo-Wakka-Day", "A Christmas Song" and "Happiness Is Me and You" continued to chart, they sold increasingly fewer copies, and after the 1974 album his overseas popularity essentially ceased altogether.

During March 1975, Gilbert embarks on his British Tour which takes him to dates in Ireland, Scotland and England. In May, the single "I Don't Love You But I think I Like You/That's A Fact" is released which is his final Top 20 hit. November starts a serious media campaign for the release of the MAM Greatest Hits album, which reached UK#13. Gilbert embarks on a national radio tour to promote the LP. "Matrimony" is pulled from the lp as a single along with "You Don’t Have To Tell Me." Gilbert’s Greatest Hits TV program for ITV is broadcast on Boxing Day (12/26). In 1977, leaving MAM after a well-publicized dispute with Gordon Mills, this last effort, the self-produced, "Southpaw" fails to find an audience, and O'Sullivan disappears from the charts. In 1978, he performs on the BBC-TV show "Sight & Sound" concert series.

In 1980, Gilbert returns to CBS Records with the Gus Dugeon-produced LP "Off Centre", which contains the global hit "What's In A Kiss." In Latin speaking countries it will be his greatest hit up till now. After releasing the Graham Gouldman-produced LP "Life and Rhymes" in 1982, Gilbert moves to Ireland. Regrettably, Gilbert's court appearances constituted his highest public profile during this period. A new LP "Frobisher Drive" is released five years later and only in Germany. "In the Key of G" followed in 1989, and although none of these records made an impact on the charts they did appeal to the singer's fiercely devoted fan audience. Thanks to the use of "Alone Again (Naturally)" in Masion Ikkoku, the highly successful Japanese animated TV series, Gilbert find himself with a new legion of Japanese fans. In fact, O'Sullivan's next three releases (1992's "Rare Tracks", "The Little Album" and 1993's "Live in Japan", respectively) were initially issued only in Japan, and he performed live there regularly. In 1991, O'Sullivan was again in court and again victorious thanks to a judge's landmark ruling that rapper Biz Markie's unauthorized sample from "Alone Again (Naturally)" was in fact theft.

Gilbert remained a prolific talent throughout the decades to follow, with subsequent CDs including 1993's "Sounds of the Loop", 1994's "By Larry", 1995's "Every Song Has Its Play" and 1997's "Singer Sowing Machine". He was presented twice by BBC Radio in 1991 and again in 1993. In 1995, he took part in the annual Glastonbury Music Festival and his performance was aired by BBC Radio Two. At the close of the decade, he also embarked on concerts tours of The Netherlands, the UK and Japan.

The dawn of the new millennium finds Gilbert's music as popular as ever as witnessed by numerous movie soundtracks, The Alley McBeal Show, and Group 58. Gilbert also continues to write and record songs and perform in public. In June 2000, "Irlish" was released in Japan where he also embarked on a fall tour and visited Australia for the first time. 2001 was also a very busy year with the release of "Irlish" in Ireland followed by a well-attended series of homeland concerts in March, the release of a new compilation cd and new song "Taking A Chance of Love" in Japan, the April radio broadcast of the Olympia Theatre Concert from Dublin and a radio & TV promo tour of Japan. In September, his own record label, BYGUM Records and his own official website www.gilbertosullivan.com were unveiled. The fall also saw the release of "Irlish" in the UK. Q Magazine said "Ex-short trousered person continues low-key comeback." As well as "...the signs are that Gilbert O'Sullivan is on the upswing again." Irlish is the combination of the words Ir-ish and Eng-lish. Gilbert said "I feel I am an English-style of lyricist. I'm very much an English songwriter and an Irish person." In the Spring of 2002 Gilbert embarked on a five-city tour of the UK which started in Newcastle and ended at Ronnie Scott's in London. He performed over 25 songs including "Disappear" and "Mr. Moody's Garden." Japan released another greatest hits collection called "Twin Best" with 36 songs. A video of the new single "Two's Company (Three is Allowed)" was produced with comedian Harry Hill portraying Gilbert in the famous G Sweater. He was also featured in the April 13th, Sunday edition of the Daily Mail Magazine. On June 12th, he appeared on the BBC Radio 2 broadcast: "Steve Wright In the Afternoon." He spent the rest of the year writing and recording his latest CD.

In 2003 "Piano Forplay" saw the light; bringing forward a jazzy Gilbert assisted with a small combo. In the USA Rhino released a 3 CD-box called "The Caricature", contained unique material and demo-versions of new and old songs! At the moment Gilbert has a contract with EMI records, which a.o. resulted in "The Berry Vest". For the first time in many years Gilbert was back in the charts again, getting to number 4 in Ireland and number 20 in England. On April 26, 2004 there is a one-time concert in the Bloomsbury Theatre, London and Gilbert will be touring Ireland and Norway in fall 2004.

Today, Gilbert lives on the Isle Of Jersey in the Channel Islands with his wife Aase, and his two daughters. His brother Kevin is in charge of the daily operations including publicity and other business matters. 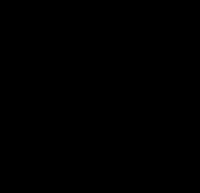