Gianna Nannini was born in Siena. After attending the Conservatory there for seven years she moves to Milan. She joins the alternative scene and in 1975, the celebrated record company, Dischi Ricordi releases her first album, "GIANNA NANNINI". 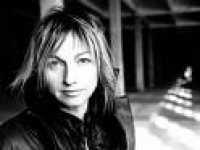