Born in Palestine, Texas in 1943, Gene Watson was singing in holiness churches with his family at an early age. His father played blues harmonica and guitar alongside African-American field laborers. Watson grew up loving both bluesman Jimmy Reed and honky-tonk king Lefty Frizzell. His earliest public country performance came when he was just 12 years old. Watson dropped out of school in the ninth grade to work fulltime. He initially supported his family by doing auto body repair, so by day he worked on cars, and at night he sang in clubs.

“But doing music professionally was never a goal of mine. I always wanted to work on cars. I always say I never did go looking for music. Music found me.

“Before I ever made a record, The Wilburn Brothers heard me sing down in Houston at a nightclub one night. They said they’d like for me to go with them and do a couple of shows. So I came up to Nashville and traveled to North Carolina with them. They got me on the Grand Ole Opry, and I got a standing ovation and an encore singing the Hank Williams song ‘I Can’t Help It if I’m Still in Love With You.’ and ‘It Is No Secret What God Can Do’. After that, they carried me down to the Ernest Tubb Record Shop and I got on stage and broadcast on The Midnight Jamboree. That was my first experience with the Big Time. I was 21.”

His superb singing attracted local backers who financed several small-label singles in Houston in the early 1970s. Watson first made the country charts with a single called “Bad Water” in 1975. Its follow-up was the sultry, provocative “Love in the Hot Afternoon.” Capitol Records picked it up for national distribution, launching Gene Watson’s long hit-making career.

His remarkable voice actually became even better as he aged. Watson says that is because he learned to care for it properly.

“I used to drink. I used to smoke like a freight train. I gave up all that. You know, I got so tired of drinking I just one night quit [in 1980]. Most people didn’t know I drank that much. But most people never saw me sober. It is an occupational hazard. I even used to drink in the studio when I was recording. I’m not proud of it, for sure. I just quit. I decided I’d had enough, and I was going to see how the other half lives. I haven’t had even a beer or a glass of wine since. That’s the same way I quit smoking [in 1990].”

By the time of “Don’t Waste it on the Blues” (1988), “Back in the Fire” (1989) and his singles of the early 1990s, an entire generation of stars was worshipping at his feet. Randy Travis, George Strait, Tracy Byrd, Clint Black, Tracy Lawrence, Doug Stone and Alan Jackson are among the dozens who have praised this singer’s singer.

Watson recorded new CDs in 1993, 1996 and 1997. But in 2000-01 he was diagnosed with cancer, underwent surgery and endured chemotherapy. Remarkably, he kept singing through it all.

“The disease was extremely devastating to me financially. I didn’t have any insurance and didn’t know what I was going to do. I am so grateful to my fans and to all the entertainers, my comrades who got behind me and helped me with their fundraisers and their prayers. I kept working as much as I could. It’s what I had to do. I couldn’t lay down. I had to be doing something, sick or not. I think it made me a stronger person. If I had to do it over again, I wouldn’t change anything.”

He also continued to record, issuing new collections in 2001, 2003 and 2005. But all three albums vanished when, incredibly, each label that marketed them went out of business. Despite the setbacks, there were triumphs, too. In 2002, Gene Watson was inducted into the Texas Country Music Hall of Fame.

“I have been on top. And I’ve been just as low as you can go,” he says philosophically.

“That’s why I’m so grateful for this new record. For these stars to take the time to do this with me is so much more than I could have ever asked for. I’m overwhelmed. I’m flabbergasted. I get goose bumps just thinking about it.”

But it’s not the guests who are the power behind In a Perfect World. It is the soulful sound of Gene Watson’s voice. There is no studio trickery here. This is a man who can stand and deliver in the studio, flawlessly.

“I’m old school,” he says without apology. “With me, it’s so important to do the vocals at the same time the musicians are playing, live. I’m adamant about that. I mean, if one of those players hits a good lick, it will inspire me to sing a good lick. Sometime I think I’m out of date because I stick with that. But that’s all I have ever known as far as recording. In so many ways, I’m so elementary, so basic.”

And so inspiring. Gene Watson admired the songs of Tim Mensy so much that he included five of them on In a Perfect World and asked the songwriter for an autographed photo. Mensy’s inscription on the picture says it all:

“Gene – Thanks for teaching us how to sing.” 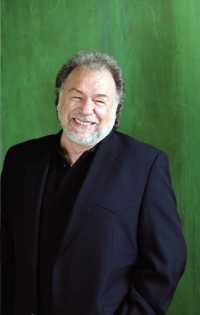