Gemma Fox is a UK urban artist, best known for her album ‘Messy’ which was released in May 2004. The lead single, ‘Girlfriends Story’, was released in April of that year and featured MC Lyte. The second single, ‘Gone’, featured Juelz Santana, however neither artist was able to appear in the videos, and following a lack of promotion for her material, Gemma parted ways with her label Polydor records in August 2004.

Despite the lack of mainstream success from this album, Gemma won a UMA and was nominated for a MOBO award in that year. It is considered that the album suffered from a lack of promotion whilst the record itself was good, featuring strong lyrics about relevant issues that people could relate to. An example of this is the lead single, ‘Girlfriend’s story’, which was about a girl who couldn’t leave her abusive boyfriend. 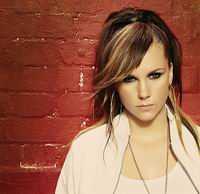