Garth Brooks jump-started country music at the beginning of the decade, raising its worldwide visibility and prestige to an unprecedented level, and going on to become the biggest selling solo artist in U.S. music history, with over 62 million in sales.He's also the fastest selling album artist in RIAA history and one of the industry's most awarded, the latest nod coming from the Country Music Association when the organization named him its 1997 Entertainer of the Year.

This year, he infused new energy into country when he played to the largest crowd ever to attend a concert in New York's Central Park, a performance viewed by an additional 14.6 million television audience. His 1997 tour has attracted well over three million fans since Garth hit the road last March. What those statistics mean is that enormous numbers of people are touched by what Garth Brooks loves to do:make music.

It's clearly an example of how records should be made, too, where songs and performances are the first priority, and time frame is a distant second, where hurriedly finding ten tunes and booking studio time is not even a consideration. Sevens was recorded over more than a year, giving Garth time to road test the material, to add the musical nuances that make these tracks so uniquely tasty, and find songs so representative of the artist's person.

"This is a very personal album," Garth adds. "I only wrote six of the songs, but there are many that are so 'me' that people I work with every day thought I wrote them." In addition to the personal nature of the album, there is an exciting variety to Sevens, a diversity that expresses a myriad of sounds, emotions and stories. The songs range from stone country honky tonkers to shimmering ballads to dark reflections to lighthearted beach-flavored revelry.

While the end result is a seamless recording that moves effortlessly through the fourteen songs, it didn't start out that way, according to Garth. "When I started making this record, I was confused," Garth admits. "At that time I hadn't been touring, and I came in wondering where I was going. Allen sensed that I was questioning myself andbasically said, 'Okay, I'll drive.'"

They recorded over a period of a year, and although Garth soon regained his
confidence, Allen Reynolds (producer) continued in the driver's seat. "That's what I love about him," Garth says. "He didn't back off what he'd started. He brought me songs that were more 'me' than some I'd written myself. He pushed for fourteen songs and the sequence you hear now."

Listening to Garth Brooks and Allen Reynolds talk music somehow makes the GB sales phenomenon all the more enthralling. Ego is always checked at the door at a Garth Brooks session. It's strictly about songs, musicians and a love for what is being created. The man has always been about the music, and the music brought the man success as few have ever experienced.

Just look at the album statistics: His debut album, Garth Brooks, released in 1989,was the biggest selling country album of the 1980's. His sophomore outing, No Fences, is the biggest selling country album of all time. Ropin' The Wind was the third biggest, and the first album to debut at No. 1 on both the Billboard Top 200 Album chart and the Billboard Country Album Chart. The Chase and In Pieces both entered the pop and country charts at No. 1. And Sevens made history before it was even released. The debut single, "Long Neck Bottle," became the only single to be added by every Radio & Records reporting station on the day of its release."Long Neck Bottle" debuted in the R&R chart at No. 10, the highest single debut in its history.

Garth has made four NBC specials, all of which were overwhelming ratings
successes. The first special, This Is Garth Brooks, was filmed at Dallas' Reunion Arena in September 1991. This Is Garth Brooks, Too! was filmed over the course of three sold-out shows at Texas Stadium in Dallas in 1993, and that show gave NBC its first time period win among adults (18-49) since August 1992. When The Hits aired in January of 1995, it gave NBC its best adult rating in that time slot since January 19, 1994. The behind-the-scenes documentary, Tryin' To Rope The World, featured never-before seen footage of Garth's first European/Australian tour in 1994.

In December of 1996, VH1 premiered Garth Brooks: Storytellers, as part of its critically acclaimed singer/songwriter series. This intimate look into Garth and his music doubled the ratings of shows featuring rock stars including Sting, Jackson Browne, Elvis Costello and Melissa Etheridge.

Garth--Live From Central Park, first aired on August 7, 1997. The spectacular was the most watched and highest rated original program on HBO in 1997, beating all broadcast competition in the time period as well as three of the four networks combined! The 1997 Super Bowl did not do as well. Based on HBO average ratings, Garth--Live From Central Park was the most watched special on cable television in 1997.

Along with the sales came awards including a Grammy, 11 American Music
Awards, 10 Country Music Association Awards, 14 Academy of Country Music
Awards, five World Music Awards, and eight People's Choice Awards, including Favorite Male Musical Performer for the past six years. He was named Artist of the '90s at the 1997 Blockbuster Entertainment Awards.

Given the past eight years of sales, awards and concert tickets, there's no doubt that the numbers connected to Garth Brooks are formidable. But make no mistake about this: in 1997 the one number that counts is Sevens. 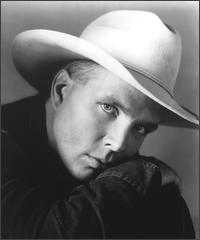