Long recognized as one of Memphis' top MCs, Gangsta Blac remained strictly an underground phenomenon before breaking out of the South in the early 2000s. His career began as a member of the Memphis-based Three 6 Mafia clique before going solo in the mid-'90s. Influenced by the harsh ghetto rap of Eightball & MJG and the Geto Boys, Gangsta Blac's music incorporates the bleak ideology of gangsta rap with a Southern attitude and rowdy Dirty South beats. His hit single "Southern Parkway" extended the artist's reach beyond Memphis, getting substantial airplay in other Southern rap hotspots such as Atlanta, Birmingham, and Houston. In 2001, his Down South Flava positioned Gangsta Blac on the verge of spreading his reach even further out of the South thanks to the rising levels of attention being focused on Southern rappers. 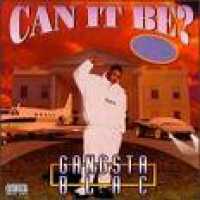