Gackt (神威楽斗, Kamui Gakuto)is a singer, songwriter, model, designer, actor, author, poet and multi-instrumentalist (piano, guitar, violin, drums, bass, trumpet, tuba, french horn, trombone, and so on…) famous in Japan. Since the launch of his solo career, he has gained an even greater fandom and notoriety than he had while working as the vocalist of the iconic gothic-victorian band MALICE MIZER, and has been extremely successful.

His career ‘began’ when he and his friend You formed the band CAINS:FEEL with Gackt as the drummer and eventually on vocals. His career began to truly blossom when he joined the band MALICE MIZER. Though his true reasons for later leaving MALICE MIZER remain a mystery it is rumored he left because he wasn’t allowed to assist in writing/composing the music as much as he wanted to. In 1999 he went to begin a solo career with a band he calls GacktJOB.

Gackt’s talents include composing all of his music and writing all of his lyrics. He can also play nine different instruments: the piano, guitar, bass guitar, drums, trumpet, tuba, trombone, horn, and euphonium. In 2003, Gackt co-wrote and co-starred in the movie MOON CHILD alongside HYDE of L’ArcCiel. He was the model for the protagonist of the video game Bujingai and more recently a mysterious character known as ‘Genesis’ in Crisis Core: Final Fantasy VII. He has acted in many different commercials and voice-acted for the anime New Fist of the North Star (Shin Hokuto no Ken). In 2005, he was commissioned to write and perform the theme songs for Zeta Gundam: A New Translation, which were
‘Metamorphoze’ and a new arrangement of the song ‘君が待っているから’.

At Otakon, on August 5th, 2006, YOSHIKI of X JAPAN announced he will be forming a band with Gackt. “I’m also starting a band with… Well a lot of you probably know him… Gackt! Yeah… It was kind of a secret. I talked to him on the phone last night… I guess it’s all right.” Note: It has now been confirmed that Gackt, SUGIZO, Miyavi and YOSHIKI along will be creating a “super-band” together (S.K.I.N.) and touring the USA in 2007 after their concert in the Anime Expo in the Convention Center in Long Beach, Los Angeles CA.

On December 19, 2007 Gackt released an album 0079-0088 themed after the Mobile Suit Gundam series and was released in a regular edition and two limited editions. The limited ones contain narration by Toru Furuya (who provides the voice of Gundam character Amuro Ray) and Shuichi Ikeda (voice actor of Char Aznable), respectively.

On May 25, 2007, the formation of the supergroup Skin was announced which, besides Gackt, consists of fellow pop/rock artist Miyavi, former Luna Sea guitarist Sugizo, and X Japan co-founder Yoshiki. The group gave its debut performance at the Anime Expo convention in Long Beach, California on June 29, 2007 and plans to release an album.

Gackt lent his voice and stage name for the creation of the newest Vocaloid, Kamui Gakupo (神威がくぽ, Kamui Gakupo). Yamaha wanted to utilize the voice of a musician but felt it would be difficult to acquire cooperation. They consulted Dwango (new owner of Vocaloid publisher Internet Co. Ltd.), who suggested Gackt, as Gackt had previously provided his voice for Dwango’s cell phone services. Referred to alternately as Gakupoid or Gackpoid, the most recent release includes a new program, OPUS Express, for mixing vocal parts with accompaniment and phoneme data. The new software will be available for download for users with registered copies of previous Vocaloids. Besides the new program, Gackpoid will include two of Gackt’s songs and three example songs.

The product was originally intended to be released in June 2008, but although Gackt existed as a model for the Vocaloid, it lacked an illustrated avatar to match the previous Vocaloids. Popular manga author Kentarō Miura, famous for his dark fantasy epic Berserk, was approached. Due to Miura’s affection for Nico Nico Douga, he agreed to offer his services as character designer for free. As a fan of Berserk, Gackt was more than happy with this arrangement, and requested Miura’s sketches be faxed to him as well as the developers, even though he was on location for the filming of Guy Moshe’s Bunraku. Gackpoid was released in late July 2008. 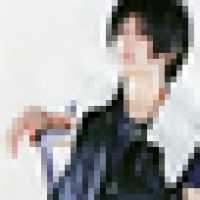