G-Unit is a band led by hit-topping rapper, 50 Cent. The ban began with artists 50 cent, Lloyd Banks and Tony Yayo. Occasionally the group would use DJs Cutmaster C and DJ Whookid. The group recorded mixed tapes: 50 Cent is the Future, God’s Plan, No Mercy, No Fear, and Automatic Gunfire. They were signed to Interscope Records. The group’s progress was delayed, however, with the release of 50’s hit debut album, Get Rich or Die Tryin’. Soon after, Yayo was sentenced to prison after being charged with gunfire possessions. He was replaced by Young Buck. G-Unit soon released the “G-Unit Remix” to 50 Cent’s single, P.I.M.P. The song featured another hit rapper, Snoop Dog. The video received heavy rotation on MTV.

On November 18, 2003 G-Unit released their debut album entitled Beg For Mercy. The album did very well. Prior to the release of the album, the group ran a promotion. One of the albums would contained a golden ticket that would allow the lucky buyer to visit G-Unit and receive a rotating diamond G-Unit necklace (very Charlie and the Chocolate Factory sounding … but with a little twist). G-Unit’s first single off the Beg for Mercy album was “Stunt 101.” 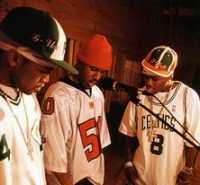