Francis Cabrel was born on November 23, 1953 in Agen, France. His parents were of Italian origin. He grew up in Astaffort, in the country. At 10, his uncle offered him a guitar and Francis was inspired by Bob Dylan, Leonard Cohen, Neil Young, Jimi Hendrix & The Beatles. He founded a band with his friends, les Virginys, and he was the singer.
When Francis was ejected from high school, he started to compose songs. In 1974, he participated to a radio contest with "Petite Marie" (a song written for his wife Mariette). He got the prize & recorded his first album. "Les Murs De Poussière" was his first success in 1977 but consecration came 2 years later with "Je L'Aime À Mourir". Success was there at every album release. Francis never talked about his life (he has 2 daughters : Aurélie, born in 1985 & Manon, born in 1991), created a music festival, Les Rencontres D'Astaffort, in 1988 & also participated to the projects Les Enfoirés & Noël Ensemble. 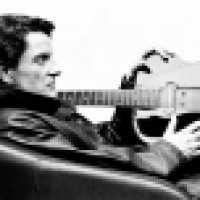