Florent Pagny was born on November 6, 1961 in Châlons-sur-Sâone, France. When he was young, he was interested by singing & sang Luis Mariano & Michel Sardou songs. At 15, he went to Paris, studied at Levallois-Perret Conservatoire & did odd jobs. As Florent was a barman in a nightclub, a casting director invited him to join Jean-Jacques Beineix's film "Diva" & he played a little role. After that, Florent played on TV & films. In 1985, he recorded the theme song of Michel Gérard's film "Blessures". 2 years later, he recorded "N'Importe Quoi" & success came for that rebel anticonformist.
But his critics about press were too much, so press boycotted him. In 1989, he received a Victoire de la Musique & his second album was unnoticed. Some years later, Florent chose his texts & became a star. In 1997, his album Savoir Aimer was a success. Since then, Florent recorded albums every 2 years & shared his time between France & Patagonia, where his wife Azucena owned a large terrain where he could do his hobbies : motorcycle & fishing. In 2004, Florent got another project : Baryton, an album with classical music. This album was a success ! In 2006, he came back with the pop album Abracadabra, including interesting songs like "Le Mur" & "Là Où Je T'Emmènerai". In 2007, Florent paid tribute to one of his idols with the album Pagny Chante Brel. 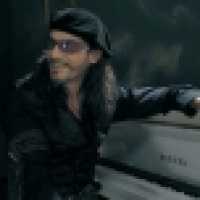