we all without aim stumbled and staggered

through the craters and pools

that were oh so characteristic

of the landscape on which

we to our surprise discovered facial features.

once I was given a bottle filled with sparkling anxiety.

it did not quench my thirst.

it became an unbecoming addiction.

abbreviated manner one could say that in

accordance to tradition we exhibit our

addictions in the display window to

affront possible bypassers and to arouse

someone cast himself into self-portrayal vainly

hoping the result would accentuate the featurelessness of his face

disappointed he swam in the low-budget luxuries that devour

hammered through my temple and I'm not sure if

boredom brought reports of an accident in the shooting gallery if

there are instruments of destruction confusingly similar to hands the imperative

that scorched the palate and made the tongue swell

fresh from the machinery of the filth-factory:

upon seeing it one shrieks,

and with the almost

the crumbling the crumpling the collapsing

mild and sour and misplaced

as were the cherub's smiles.

pornography has brought us 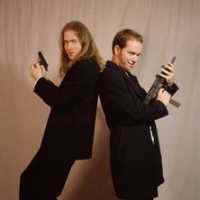