‘Let It Die’ is very much a voice album in close up, “eye to eye and ear to ear”. Carefully pieced together around Feist’s seductive and jhai* voice, the album forms the missing link between ye old folk (storytelling), the Brill building era (the quest for the hook), doo-wop (melody and mood) and minimal modern pop arrangements. Like line drawings as opposed to detailed paintings, these songs leave you space to fill in the emotional blanks. Its lack of complication makes ‘Let It Die’ standout from much of today’s musical offerings; put simply, a beautiful slice of sonic escapism to illustrate and interrupt the little moments that together tell us stories.

A history not lacking in variety, the Canadian born singer has accomplished much in her few tender years, so for those inquisitive journo types, here are the last few years in a nut shell…

“My first proper gig was supporting the Ramones at an outdoor festival when my high school punk band won a battle of the bands contest. We played together for about 5 years. I moved to Toronto from Rodeo/Olympic town Calgary to see a musical injuries doctor, after losing my voice on my first cross-Canadian tour when I was 19. Not knowing a soul in Toronto I spent 6 months in a dark basement apartment with a 4 track and having been told not to sing I got a guitar to do it for me. A couple of years later I was playing guitar in a rock band that toured for 6 months opening for the biggest band in Canada (the Tragically Hip) mostly in front of stadium crowds of around 40,000. The same year (1999) I put out my first solo album which I sold off the stage, though somewhat smaller stages.”

“Then In 2000 my roommate Peaches made her soon to be cult-fodder album ‘Teaches of Peaches’, I sang on it a bit, and played in her seminal shows in Toronto and later in Europe. I was called Bitch Lap-Lap and I rapped badly with a sock puppet in poor Spanish wearing Cuban aerobics outfits. The house Peaches and I lived in was called the 701 and keys were cut for Mocky, Taylor Savvy and Gonzales. We've all been working together in various forms for years.”

“I later sang on Gonzales’ first European release in 2000 (Uber Alles) and started touring with him in Europe in between working on my solo songs. Around this time (2001) some old friends and I wanted to find a way to endure the brutal interminable Canadian winter and so booked a show for a month later with the idea to write all the songs for it in that time. This show took on the name Broken Social Scene, because two of the guys had made an instrumental album by that name the year before and they figured they'd never play those songs live. In between touring with Chilly in 2001, I added my vocals to the ever growing Broken Social Scene album, (Fact fans: this album, You Forgot It In People, was finally released in the UK last October some months after its North American release on it’s self-created label Arts and Crafts) and we began touring America.”

“On odd weeks off during touring Europe with Gonzales during the winter of 02/03, he and I began recording some of the songs from my home demos (The Red Demos) together in Paris with Renaud Letang (Manu Chao). Later we started writing together and also tried to reinterpret some covers we loved.” A total of 3 of these sessions make up ‘Let It Die’.

So here we are in the present day, with eleven tracks to soundtrack your days and narrate your nights. ‘Let It Die’ is cinematic, expressive, sensory and incredibly fun…yes fun!

‘Gatekeeper’ and ‘Now At Last’ gloriously bookend this opus, with their personal and introspective fragility, whilst first single ‘Mushaboom’ captures the spirit of our lives in these cosmopolitan cities when we wake up dreaming of living somewhere quiet. It’s layered and homemade backdrop of guitars and percussion is straight out of a campfire out back of an old time music hall and has within it a powerful and overwhelming sense of hope and anticipation. Tout Doucement’ is like a 1920’s waltz with the lover you can laugh with- seductive, curious and truly unique.

‘When I Was A Young Girl’ is tribal, chilling and relentlessly beautiful, with Feist’s voice running roughshod over the Badalamenti-esque backdrop. This is surely the sort of track that would probably see Messrs Lynch and Stone fighting to the death for a slot in their latest cinematic score.

‘Secret Heart’ and ‘One Evening’ are both foot tappers, telling stories about either end of the love affair, whilst ‘Inside Out’ finds Feist covering a Bee Gees classic. As a dance song, it’s grandiose and magnificent and unlike anything else you’ll hear this year. It’s a dramatic twist, but it slots perfectly amongst the soothing silences and crackled emotion of the quieter side to this record.

In recent collaborations she can be found on the new album, Republic of Two, by the Kings Of Convenience, singing a duet with Mocky on his new album Are and Be, has written a duet with Jane Birkin for her newest release, is featured on her Arts and Crafts labelmate Apostle Of Hustle’s newest opus and work on the new Broken Social Scene album is just now beginning.

So there you have it…‘Let It Die’ and Feist: - The breakup and the makeup. This is an album that will follow you easily from the bath to the bar and soundtrack your mood for both. This is an album that seems to reach nostalgically to a time when singers crossed all styles whether they were old fashioned or in fashion. This is shared privacy and it’s your own life you’re looking at.

*Jhai- a detached manner of singing especially suited to very emotional material. The emotion is underplayed, never quite let’s go and leaves room for the listener to crawl inside. 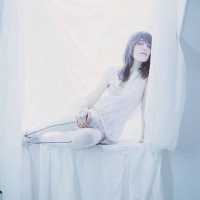