Fantasia Barrino, or simply Fantasia (born June 30, 1984 in High Point, North Carolina), is the winner of the third season of the reality/talent-search television series American Idol. Barrino began singing in her church at the age of 5. She has a 3-year-old daughter, Zion, and is currently pursuing her high school diploma.

Barrino's rise to the final two on American Idol was plagued with controversies ranging from accusations of racism to concerns over rigged voting and busy telephone signals. In the final performance of the season that formed the basis upon which America voted, Barrino offered a performance that drew effusive praise from the judges—including Simon Cowell's remarks that she was the best performer among the over 70 Idol champions crowned internationally since the show began its global competitions. Sixty-five million votes were cast in order to determine the winner on May 26, 2004, up from 24 million in 2003.

Barrino participated in the U.S. tour with the other American Idol finalists and appeared in the Christmas special.

Fantasia released her first single in June 2004 on the RCA record label. The single includes "I Believe", written by former Idol finalist Tamyra Gray, which Fantasia performed after being crowned that season's winner. The single also includes the Aretha Franklin hit "Chain of Fools" (both performed live during the competition and released on an earlier American Idol compilation) and her signature version of the Porgy and Bess show tune "Summertime". She released an album, Free Yourself, in November 2004. It debuted at #8 on the Billboard music charts selling 240,000 copies in its first week. Just two months after its release, it sold over 1 million copies and went platinum. To date, it has sold over 1.7 million copies in the U.S. 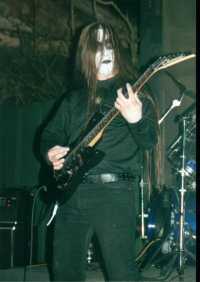