False Start have become one of the hardest working bands in New Zealand, releasing their first single 'Don't Walk Away' plus the debut, 'Goodbye Summer EP'. Not to mention, sharing stages with international acts: Fall Out Boy, Good Charlotte, Funeral For A Friend and Story Of The Year.

With each member of False Start having immersed himself in music ever since he can remember, it was intuitive that False Start would form in the Winter of 2005. Musical artistry comes naturally. Fusing together rock and pop-punk into catchy, accessible anthems is second nature.

False Start's mini-album is in-stores now! 'ADORE TU SER' debuted at 3 on the Official New Zealand album Heatseekers chart and at 1 on the Independent albums chart.

False Start are critically acclaimed for a vigourous live show that includes spin kicks, jumps, guitar spins, and a fair bit of stick twirling and throwing. They consistently deliver energetic performances, bouncing off the walls with dedicated conviction that their fans mirror.

“If you come to our shows you can expect a lot of laughter and fun. If you can't enjoy music and have a good time, you shouldnt be involved. There is nothing better than playing to a New Zealand all ages crowd, the kids here show us unconditional love and there will always be a place in our hearts for them.

It is important to us to get out there with the kids, we appreciate their loyalty and everything they do for us. The least we can do is play shows for them. That is why we make the extra effort to have a longer list of AA shows than R-18.”

False Start intend to take the new album and all the stage antics out to as many people as possible for the rest of the year. False Start will continue to write new songs and get to as many of the towns round New Zealand and hopefully more fun across the ditch in Australia.

"We have a lot to offer the music industry as a band and as people. The False Start fans mean the world to us and we will continue being there for them and supporting them as friends. We have total pride in ourselves to the fact that we know fans are the centre of what makes our band function. Without them we would not have come as far as we have.

False Start as a band is all about self respect, not in a selfish way, but in a you must respect yourself before you can respect others way. We thought that ‘Adore Tu Ser' translating to Love Thy Self was a good way to portray the fact that we have a lot of pride and respect in what we do.

Everything we do, we are truly proud of. When you can have respect for yourself as well as what you do, you can then become worthy of a fans praise as well as really take on board constructive criticism because you then know that what you have put out is something you stand by, and no matter what anybody says you always will believe in yourself.”

False Start are currently on their Australian tour with Guns For Glory and getting ready for their new album! 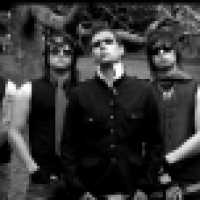