Eric Hutchinson (born September 8, 1980) is an American singer-songwriter. He signed with Madonna's Maverick Records, but the label shut down before his album was released. Hutchinson recorded and released the album Sounds Like This on his own. The album won praise from gossip blogger Perez Hilton, which sent it to the top ten on the iTunes Store, where it peaked at number seven in September 2007. The album was picked up by Warner Bros. Records, who released it in May 2008.Contents [hide]
1 Biography
1.1 Touring
2 Reception
3 Style
4 Discography
4.1 Albums
4.1.1 That Could've Gone Better
4.1.2 Before I Sold Out
4.1.3 Sounds Like This
5 References
6 External links

Born in Washington, D.C., Hutchinson grew up in Takoma Park, Maryland, attended Montgomery Blair High School and went to Emerson College in Boston, where he lived for about four years before moving to Los Angeles. Hutchinson began playing guitar around 1995, and later added piano to his repertoire. When on acoustic guitar, he plays with exuberance, often laying down percussive hand slaps on the strings. He says he "should've taken more guitar lessons," but was always "more interested in playing and singing songs I knew and liked better than Hot Cross Buns out of a workbook."[1][2] As of February 2007, he resides in New York City.

On September 26, 2007, he performed live on the nationally syndicated music radio program "World Cafe", along with singer/songwriter Matt Duke.[3] On September 15, 2008, he performed his song "Rock N Roll" on The Tonight Show with Jay Leno.

His song Rock & Roll was used in the movie Sisterhood of the Traveling Pants 2, and was included in the soundtrack. Rock & Roll was also used as the song to end the final episode of 2008 series of Packed to the Rafters. Packed To The Rafters was the highest rating Australian show in 2008. It was featured in the Platinum selling Packed to the Rafters soundtrack. Rock & Roll went on to get a number #1 postition on the Australian airplay chart in early April 2009. No easy feat for the first single of a debut album.

Rock & Roll has reached a number #8 position on the ARIA Australian Singles Chart and has been certified Gold in Australia with more than 35,000 sales.

Hutchinson plays venues across the U.S. and Canada, and has toured with Joe Jackson, and G. Love.[5][6] He has opened shows for such artists as Pete Francis, Rachael Yamagata, Bob Schneider, Blind Melon, David Mead, Marshall Crenshaw, Jonatha Brooke, Ari Hest, Jack's Mannequin, Steadman, Jason Mraz, OneRepublic and Stephen Kellogg and the Sixers.[7][8] During September 2007, recognition from Perez Hilton catapulted Hutchinson's Sounds Like This album onto iTunes list of top-ten sellers.[9] [10] Eric Hutchinson played in Omaha, Nebraska at the Sokol Auditorium on April 2, 2009. The concert was a philanthopy event which supported ALS in the Heartland.

Hutchinson has been widely acclaimed for his prowess as a pianist, songwriter, and performer.[11] He has been called "one of the most talented singer-songwriters that Boston has to offer," with comparisons to Pete Francis, Jason Mraz, Stevie Wonder, Ben Folds, Cat Stevens, Ryan Montbleau, Billy Joel, Squeeze, Neil Finn, and even The Beatles.[12][13][14][15][16] Journalist James Campion calls Hutchinson "a major talent with nary a trace of pretension" and "a sure thing."[17]

[edit]
Discography This section may require cleanup to meet Wikipedia's quality standards. Please improve this section if you can. (March 2009)

[edit]
Sounds Like This
Released: May 20, 2008
Label: Let's Break Records / Warner Bros. Records
Songwriting credits: All songs written by Eric Hutchinson
Tracks
"OK, It's Alright with Me"
"You Don't Have to Believe Me"
"Outside Villanova"
"Food Chain"
"Rock & Roll"
"Oh!"
"All Over Now"
"It Hasn't Been Long Enough"
"Back to Where I Was"
"You've Got You" 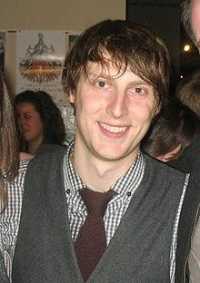