Eazy E along with Dr. Dre, Ice Cube, MC Ren, and Yella, formed the original rap supergroup N.W.A (Niggaz With Attitude). The lyrics of N.W.A. shocked many listeners, as other rap from the time was Will Smith's Parents Just Don't Understand. Songs by N.W.A. such as "F**k Tha Police" and Straight Outta Compton became anthems for urban youths. His record label Ruthless Records sold millions of his solo and N.W.A. records.

The label was founded with drug money from eazy's days on the streets, but he rose above that to become one of the greatest rappers of all time. Soon into his days with N.W.A. tension arose amongst the members of the group and the group broke apart and Eazy E worked on solo efforts. In that time he put out 4 albums and one of the biggest rap songs of all time "Boys In Tha Hood" written for him by Ice Cube. Eazy E passed away in 1995 from AIDS. Eazy E was square with all of the former members of NWA except for Dr. Dre which he never had a chance to make ammends with. He truly is a legend in his own time. 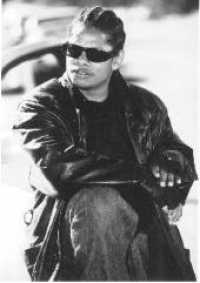