We have all been in love once or twice in our lives... for those of us who loved more than once, it usually means that somewhere over the course of our relationships we have felt used, abused, taken advantage of, lied to and cheated on... we've all said, "Fk It!!!" Well, 19 year-old singer/songwriter EAMON, hailing from the streets of Staten Island is your voice! With vocal hero's ranging from Frankie Lymon to Wu Tang Clan, this young singer is ready and willing to take the world by storm with his new single, "Fk It (I Don't Want You Back)".

Eamon is certainly no rookie. He's been on stage since the tender age of 9 years old, performing often with his father Walter's successful Doo Wop group. Having appeared at the legendary Madison Square Garden in New York City and the 20,000 seat New Jersey Meadowlands, it is no stretch to call Eamon a seasoned performer.

While working in the studio at only 15, Eamon met writer/producer Milk Dee of "Top Billin" fame. Having worked on projects with MC Lyte, Janet Jackson, Mary J. Blige, Jason Downs (UK), Ad Rock (Beastie Boys) and Sinead O'Connor, Milk is no stranger to talent. He saw something special in Eamon and the two immediately started working together along with co-producer Mark Passy. The result is a soulful street sound that takes the listener on a wild lyrical ride. Take a seat, strap in and prepare to call that "old love" that did you wrong and tell them... F**k It!!!!! 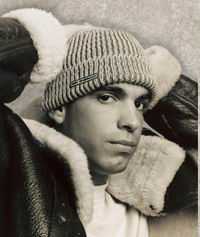