So who is this E-type-person anyway? Bo Martin Erik "E-type" Eriksson was born in Uppsala, Sweden, in 1965. In his teens he moved to Bromma, and now he lives in the middle of Stockholm. His musical career started early. After having been a drummer for many years he met up with Stakka Bo in 1991, with three singles as a result. E-type then went on to become a swedish celebrity, partly as a popular host for Z-TV and as a writer of music to movie-soundtracks. The summer of 93 his first solo single, called "I'm falling", was released without reaching any great success.

1994 was the year when the solo career took off, when the collaboration with the Cheiron-producers Denniz PoP, Max Martin and Amadin was started. The first result of the hard work in the Cheiron studio came the same summer, when the single "Set the world on fire" was released. It climbed the charts like a speeding bullet and achieved gold sales status. It reached No. 1 on the Swedish Dance Chart and No. 2 on the Swedish sale-chart.

The follow-up, "This is the way", reached No. 1 on the sale-chart and was the most sold single in Sweden for several weeks. Eventually four singles were released from the album: the ballad "Do you always (have to be alone)" and "Russian lullaby". The album itself was released in November-94 and made it up to No. 2 on the album-chart. All in all, over 100 000 copies were sold in Sweden and the album was listed for 26 weeks.

E-type's tremendous success during 1994 was heavily rewarded at Swedish Dance Music Awards in March 1995. He took a grand slam and won three of the most prestigious prizes: Best song, Best artist and Newcomer. At the same time Denniz PoP was given the award for "best producer" for the second time.

Now the whole world was screaming after E-type. The triumph in the charts was alternated by extensive touring which gave birth to new prosperity. 1995 meant a lot of travelling around the globe for E-type and his Bend over Band. During the latter part of 95 E-type was touring in Asia. In the spring of 96 the clubbers in the US were frequently acquainted with E-type. "This is the way" and "Set the world on fire" both went Top 20 on the Billboard Club Chart.

During 1996 E-type and the producer-team spent a lot of time in the studio working with the new album "The Explorer", which was released in Sweden in October. The album was preceded with the single "Free Like A Flying Demon", released in September. It was No. 1 for three consecutive weeks and sold more than 20 000 copies (gold).

On "The Explorer", E-type had still been working with producers Denniz PoP, Max Martin and Kristian Lundin, one half of the producer-duo Amadin. But the music had changed. Not dramatically, but on this record you will find more guitars and less techno-sounds than on the previous album. Still this album is a dance-album, including an amount of great songs. The song "Back In The Loop" is the wildest song since "Russian Lullaby" and the album contains a lot of more interesting material. The sales in Sweden are well above 100 000 copies. E-type himself describes the album as heavier and more brutal than "Made In Sweden", something you certainly have to agree with.

In the middle of November the second single "Calling your name" was released. As usual it entered the dance- and sale-chart at a high position. In a few weeks time it had advanced to No. 1 at the SDC. The story went on. A handfull of singles were released: "Back in the loop", a song about being on tour together with the Bend over band, the great summerhit "I just wanna be with you" and the fifth and last single "You will always be a part of me", which also contained a megamix of the most popular E-type singles.

E-type's status as a national hero in Sweden had been very big for a long time, but when E-type went back to his roots, with a more eurodisco-like sound, his popularity increased enormously in all the nordic countries. The first taste of things to come was given to the public in June 1998. "Angels crying", as the single was called, rapidly walked its way up the charts and set the standard for the album and the following single "Here I go", which both topped the dance and sales-chart. Another wall in the E-type home was decorated with gold and platinum awards. The album everybody had been waiting for was released on November 27th, and I think that few people were disappointed. "Last man standing" lived up to the great expectations. It was his third album, and also the third album on which he had worked together with the Cheiron-producers.

Though all the success, 1998 was the darkest year for E-type and the swedish music-business in a long long time. On August 30th the famous producer and close friend to E-type, Denniz PoP died. Since December 1997 Denniz PoP knew that he had cancer, and already in February he was too sick to be able to collect his Grammy at the swedish awards. He passed on only 35 years old. 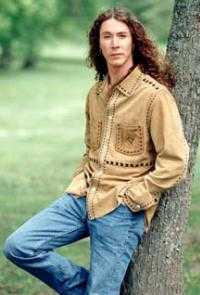