Max, Don't Have Sex With Your Ex (ranking # 7 in the German charts and # 1 in Israel, gold record in Germany) was the first hit the group recorded in 1994. After this great success, they came with another hit Fred, Come To Bed (ranking 3 in the German charts, # 2 in Israel, once again gold record in Germany). The saga continued : 'After Max had sex with his Ex, I ended up in bed with Fred' explains Lyane Leigh. "It is only a song, in real life I am still a single woman" she says. Many guys would probably die to become a Fred - she has so many male fans that it is quite hard to keep them away from her. The second part of the group, Raz-ma-Taz, became a collector of... bras. During their tournee in Germany his female fans were throwing bras on the scene !

The group usually performed in clothes that kept the body rather uncovered. Both Lyane and Richard loved to dance a lot, and their dance was quite "hot" and exotic. But their private life was quite different. While Richard usually did not dare to miss any good night party and usually was winning the title of the "King of Flirt", Lyane usually stayed in the hotel. She did not like night escapades, she also did not like an alcohol, with few exceptions when she drinks some champaigne on a very special occasions. In 1995 Richard moved to his new house Chateau Navagne (built in 1292) near Maastricht in Belgium with his friend, Rod (from Fun Factory) leaving his apartment to Deon Blue (ex Pharao rapper) with whom he shared it.

After the single Sex On The Phone (ranking 6 in the German charts, 230.000 sold records) E-Rotic released their first album Sex Affairs in 1995 on Intercord. This album includes the whole 'story' and practically every song E-Rotic made, was a hit on the spot. Of course 'making love' sounds are all over this album, but again, even most devoted bigots shouldn't mind the way it has been done. The cartoon above is the part of CD insert, indicating that story of Max, Fred and the girl continues. It was the break through all over Europe : e.g. 15. ranking in the German charts, leader in Finland; 3 times gold record, 1 platinum and 1 triple gold.

In the end of 1995 E-Rotic released a single Willy Use A Billy... Boy where a new 'character' was introduced to the scene, ranking 11 in the German charts, and gold record. In the next single released in February 1996 Help Me Dr. Dick, girl is seeking further help but this time a 'professional' one. Another character: 'Fritz' who had been introduced originally in track Fred Come To Bed finally appeared in the newest single released in April 1996 : Fritz Loves My Tits.

Both Help Me Dr. Dick and Fritz Loves My Tits were first songs by 'new' E-rotic. Lyane and Richard had 'different opinions' than their manager and were fired. "We were never shown in the videos and so we had problems with our concerts, cause no-one really knew us as persons" Lyane explained. They created the project SEX Appeal (actually, the contract that Lyane had signed obliged her to sing in studio for E-rotic till 1999). The new members of E-Rotic were the female vocalist Jeanette Christensen and the rapper Terence d'Arby. E-Rotic gave few concerts in Germany and one in Poland and, in the beginning of June 1996 E-rotic released next single called The Power Of Sex from the album that has been released in the end of June under the same name. The new album contained songs performed by the old and the new team.

Around October 1996 E-Rotic released a new single called Gimme Good Sex. Terence d'Arby left the group, and his place was taken by another American singer/dancer Ché Jouaner. In the end of 1996 group was on tour in Europe, visited Finland where E-Rotic was a quite popular group

In June 1997 they released their third album called Sexual Madness. It was slightly different from the sound of Sex Affairs or Power Of Sex (no news from Max, Fred and his friends) anyway fans of the group had everything to be delighted with this pure Eurodance album.

Just in the end of August 1997 the group released a new single that did not appear on their recent album. It was a cover of ABBA's megahit The Winner Takes It All (which peaked # 7 in Israel). It seemed that E-Rotic tried to change its image with a modified music concept. All this happened with their fourth album called Thank You For The Music, a tribute to the now classic Swedish pop group ABBA.

The album was released in France under the project name Jenn and C (Jenn probably stood for Jeanette and C. stood for Ché). The album title and tracklisting was the same as the Japanese one.

On April 1998, E-Rotic released another album, targeted mostly towards the Japanese market. Entitled with humour Greatest Tits, it was a summary of the previous singles of the group. Only 3 titles were original ones : The Horniest Single In The World (a megamix of 5 of their biggest hits), Baby Please Me and In The Dark Of The Night both written by David Brandes and John O'Flynn. The first of them was a typical E-rotic song recorded in style we well know this group from. The second was slower breath-taking eurodance song. Once again fans had some reason to be worried : was it really the end of the wonderful dance act ?

Fortunately not ! On March 1999, E-Rotic's last album was released. Entitled Kiss Me, it was only released in Japan. An excellent Eurodance album in the most purest E-Rotic style ! In November, the single Mambo No Sex was released. Inspired of Lou Bega's huge hit Mambo N° 5, it summarized the whole E-Rotic story. In December 1999, the Kiss me album was at least released in Europe under the title of Mambo No Sex. with 2 additionnal tracks which were 2 versions of Mambo.

The beginning of the year 2000 saw the release of a new album. Entitled Gimme Gimme Gimme, it containedMambo No Sex plus 14 brand new tracks and was only relaesed in Japan. During the same period, E-Rotic released a single to compete for the Eurovision 2000 : Queen Of Light was a very good dance track, unfortunately with no raps and no sexual contents. They won the preselections but unfortunately, they were finally not chosen to represent Germany in this contest. During the preselections, Jeanette had to sing live, and everyone could hear that she was probably not the real voice of the song.

While a new album entitled I'm Missing You (the alter ego of Gimme Gimme Gimme) was released in Germany on April 2000, together with the single of the same name, E-Rotic was already working on a new album which release was first planned for October 2000. It was entitled Sex Generation. Its release will be delayed to February 2001 because of Che's departure. Instead, an album entitled Dancemania Presents E-Rotic Megamix will be released. It will contain 5 new original tracks : Cat's Eyes which is the next single to be released in Japan, En Mon Coeur, Move Me Baby, Ooh Lalala, and Test My Best.

December 2000 : The new single to be released in Germany in entitled Sexual Healing. A rumor said Ché would be back but was not confirmed by Bros Music. However, the E-Rotic management said that they were planning a new rapper.

2001 : In March 2001 E-Rotic performed at the TV-show "Kinderquatsch mit Michael" with the song In The Heat Of The Night. On 9th of May the new album Sexual Healing was released in Japan. The next single L.O.V.E. was first released as a part of the japanese compilation Dancemania X9 and it was planned for release in Europe too.

August 2001 : After Ché, Jeanette left E-rotic to start a solo carreer under the simple name of Jeane ! But this did not mean E-rotic would stop. A second Best Of album was released in October in Japan.

October 2001 : After the Best Of, E-rotic released on the 3rd of October a new single entitled Billy Jive (With Willy's Wife). An awesome track with the real E-Rotic style ! For the moment, the release was limited to Japan. It included a B-side entitled Skin To Skin. The new vocalist will be Yasemin Baysal, who was the first singer of the Felix J. Gauder project Das Modul. E-rotic also signed under a new label in Germany, ePark (the same as Captain Jack).

The 29th of October another single was released from the forthcoming album, this time in Germany : it was entitled King Kong. Then followed the new album on November 7th in Japan (planned for release later in Germany), his title was Sex Generation. The first singles were performed by the duo singer-rapper we are used to, and once again there was a rumor according to which Ché would be back... Another rumor say Lyane would have taken part to 3 songs of the last album.

2002 : on the 5th of January E-rotic appeared on RTL2 Germany for the broadcast Apres-Ski 2002, we could see that effectively Ché was back, with Yasemin as new female vocalist. But in April they both left the project : Ché was planning a new single and Yasemin went back to her job of manager in a big company. At first there were rumors telling that E-rotic's story in Germany was over, but finally it seemed to be wrong.

E-rotic planned to release an edited version of Mi Amante as a single in the next months, but after the leaving of Yasemin, nobody knew if the song would be released under E-rotic. Bros-Music told, that another band, maybe The Lovers, or an unknown project named E.R. would release that song, remixed in a more latin version. It was finally released as E.R. A new album was released in Japan, it was be once again a "best of" compilation : a double CD entitled The Collection.

In Germany, the next single was Max Don't Have Sex With Your Ex '02 ! It was taken from the forthcoming album Total Recall, which only contained remakes of old E-rotic songs. Lyane's voice was used in the remakes. If this one was successful, the following track to be released would be Fred Come To Bed 2002. In april Davis Brandes promised unofficially that there would be a brand new E-rotic album coming after...

May : the name of E-rotic's new female vocalist was revealed : Lydia Madawjewski. Actually she was the vocalist who has always been singing in studio, after Lyane could leave the project for good in 1999. David Brandes also recently revealed he was himself the real rapper of the project, apart from the very first single.

The new album of E-rotic that is planned to be released after Total Recall will be called Cocktail D'Erotique (or rather : Cocktail E-rotic). First released in Japan, it will include 15 or 16 tracks, all brand new. Among them there will be a song entitled Gimme Your Jimmy, and another one called Is That The Way You Are.

2003 : E-Rotic performed live on the German TV-channel RTL 2 on the 6th of January 2003. They sung their new single Max Don't have Sex 2002. We could discover Lydia on stage... and the face of the new rapper ! His name is (according to rumors) Robert Spehar, he is a DJ and a model. On the 5th February, E-rotic released their album Total Recall (all their hits remixed in eurotrance style) in Japan.

In October, E-rotic released the track Heartbreaker as promo in Japan. It ranked #1 on a radio chart

2004 : E-rotic will release a megamix in Japan in August.

2005 : E-rotic was put to a halt, which did not mean that it would not start again one day. David Brandes was very busy with his other projects, Gracia, Virus Inc or Vanilla Ninja (on their first album, the melody of E-rotic's Don't You See The Light was re-used. On their second album, E-rotic track's Save Me was covered under another title : My Puzzle Of Dreams.) 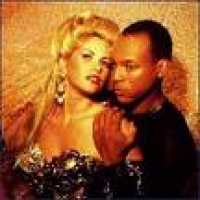