When rap music first emerged in the mid 1970s, it connected with listeners immediately by addressing all aspects of urban life with its unique freedom of self-expression. As the music evolved into a global cultural force, at least one rap icon remains true to the music's heritage. That man is DJ Quik. With four gold and platinum albums and production work with 2Pac, Jay-Z, Snoop Dogg and Dr. Dre to his credit, DJ Quik stands as one of hip-hop's most consistent artists and musicians. To his credit he has over 100 million soundscanned recordings! On his forthcoming seventh album, and his first for Mad Science/Fontana distribution, the Compton, California legend sets a new standard for lyrical and musical innovation.

"This record is fun," DJ Quik explains. "It has tons of air." "You won't feel claustrophobic with this record because there is not a ceiling. This record is as expansive as the universe, but yet as confined as a CD. DJ Quik's musical mastery shines as soon as the album starts with Intro For Roger. Typically a laid-back rapper, DJ Quik raps aggressively on the mid-tempo selection about the pain and loss he's suffered over the last several years. My best friend's dead, my heart is a stone, he raps. My soul ain't even mine to own. The lyrics refer to the murder of his friend and collaborator, and the song is dedicated to one of DJ Quik's musical influences, the late Roger Troutman, who was also murdered. "It's about what I've been going through for the last couple years, DJ Quik says. "I know people want to hear what kept me out of the limelight, what I was going through personally. The song is my journal. People that know me will understand it. I just had a lot of dead weight that I had to shed."

DJ Quik's new direction is evident on Ladies-N-Thugs, a sizzling cut that also features vocals from Wyclef Jean. Over a block-rocking beat that boasts an extra thick bassline and sinister strings, Quik and Jean trade lyrical haymakers. "Both Clef and myself understand what it takes to stay rhythmic and be cathartic at the same time," DJ Quik says. "People want to feel how you feel, but they want to feel it to rhythm." Then, on the sexy Nate Dogg-guested "Black Mercedes," Quik turns his focus to the ladies. But there's a twist, of course. He dedicates the first two verses to wordplay and boasting of his sexual prowess, but in the third verse he delivers several thought provoking lyrics, including "What kills more, gangbanging or the gang bang?"

For DJ Quik, it is important to address serious issues in his music, even on what seem to be lighthearted songs. "It's almost like a self-check as well because I did both," he says. "People can talk all day about what's more dangerous, but they're both dangerous. People get hurt with infidelity just as much as they get hurt because of colors in the street. If you're doing something wrong, chances are it's going to be a matter of time before you get bit in your ass."It's a lesson DJ Quik puts into practice on "Jet Set," an old fashioned West Coast sounding song, through which he raps of his new emotional freedom.

"I'm talking about not being confined by having to get a 40 out of the freezer, getting drunk, trying to have sex with the cute girl in the hood, or going to beat up these dudes around the corner just because your homeboy asked you to," he says. "It's a wake up record." In addition to featuring the best lyrics of his career, the new album also contains the type of thick, bottom-heavy warmth virtually absent from modern day music. "I think we all end up missing music when the technology gets better, and in most cases over the years, hip-hop has gotten progressively thinner and thinner in the low end because it became too expensive to do records the old-fashioned way; getting real musicians in, engineers in and some of the older equipment, because it became high maintenance after a while," he says.

"It was more cost effective to go to computers and have the speed. What you lose for speed is sound. My thing was to try to find a sound that was comparable to our old sound." DJ Quik knows of what he speaks. Since debuting in the early 1990s as a talented rapper, producer and talent scout, he has four albums that have been certified either gold or platinum, and a production resume that includes acclaimed work with Jay-Z, Snoop Dogg, Tony! Toni! Tone!, Janet Jackson, Rick James, Chingy, Ludacris, and 8 Ball & MJG, among many others. But as DJ Quik became one of the West Coast rap scene's most revered figures, he was riddled with a series of personal and professional setbacks, including the passings of several friends and a number of disappointing business ventures with recent and long-time associates.

So DJ Quik made a change and removed himself from the negative situations surrounding him. He decided to expand his sound and redirect his focus into his own career. The results have been staggering. In 2003, DJ Quik produced: 'Justify My Thug' for Jay-Z's landmark The Black Album. Some of his other recent beat work includes songs for triple-platinum rapper Chingy, and multi-platinum artists Ludacris and Jadakiss. He also scored the Chris Rock film Head Of State and contributed music to the popular True Crime: Streets Of LA video game.

2 Pac All Eyez On Me Heartz Of Men writer, producer
Death Row/Interscope Ambitinz Az A Ridah mixer
12X PLATINUM All Bout U mixer
Skandalouz mixer
Got My Mind Made Up mixer
2 Of Amerikaz Most Wanted mixer
Only God Can Judge Me mixer
I Aint Mad At Cha mixer
What’z Ya Phone # mixer
Ratha Be Ya Nigga mixer

Soundtrack Made Men Do What you Want writer, producer
DJ Quik Redline 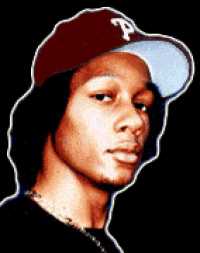