Diam's (real name Mélanie Georgiades) was born on July 25, 1980 in Nicosia, Cyprus. At 4, she moved to France, in Paris suburbs. Fan of MC Hammer & Public Enemy, she started singing when a friend brought back Dr. Dre's first album from Los Angeles. As a poetry-writer, she decided to realise a dream : become a rapper. Diam's joined the band Mafia Trece. Despite the good welcoming, the experience was short-lived. She appeared in radio programmes and started in French rap.
In 1999, she released her first album. At 19, Diam's got an amazing start : Premier Mandat, produced by Black Mozart, with featurings by Americans DV Alias Khrist & Heather B. & Frenchmen Mr. R, Driver & Vibe, and also the singles "C'Est Toi Qui M'Gêne" & "Si Je Dois Rester" (sampling Tracy Chapman). But that album was a flop. Diam's continued with a 50-date tour in France. She met Choukri, artistic director from Idéal J. She signed to EMI and started preparing her second album in 2002. Unfortunately, the major got changed & Diam's went back to studios to compose new songs. She signed to the label Hostile & released Brut De Femme in 2003 : the single "DJ" was a success during summer 2003. Diam's came back in 2006 with the album Dans Ma Bulle & continued to be loved by her audience. 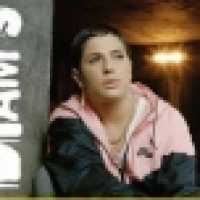