Dendemann is a scratchy-voiced lyricist from Menden, Germany, now spreading his raps all over Germany, Austria and Switzerland from Hamburg. His documented career began in 1993 - right in time for the first “hype” of german rap music. But “Diggi-Dendemeier” aka Daniel Larusso aka Volker Racho aka Olaf Mitender, whose real name is Daniel Ebel, never made much money. While other acts zoomed in on the market he and his projects always kept it on the down-low, although Dende’s feature parts often made a rather normal song to a piece of jewelery at that time. That was about to change as he and the nationally well-known DJ Rabauke became “Eins Zwo” (or 31N5 2w0) in 1997. They released one EP, two LPs and 5 Singles on a major label, which were well respected in the “scene”. The group eventually split up, as DJ Rabauke wanted to develop in a different direction.

In 2003 Dendemann released a self-produced EP which was titled “DasSchweigenDilemma”, which is a nearly untranslatable (at least, without disassembling the joke itself completely) german pun making fun of the german title of “The Silence of The Lambs” (“Das Schweigen der Laemmer”) crossfaded with the self-criticism concerning the “Dilemma” of being silent for such a long time. 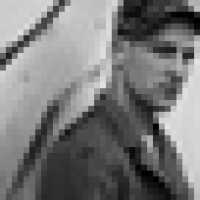