Deasonika’s story begins in 2001 when the group decided to produce their own album, L’uomo del secolo (Man of the Age), and, in the course of recording, they met Marco Trentacoste, a young producer and noted musician thanks to a few collaborations in which he was a guitarist that worked as a producer/sound editor with a number of Italian artists (among these Delta V, Malfunk, Magazzini Della Comunicazione and many others).

At the end of recording, Marco Trentacoste joined the band as a guitarist. 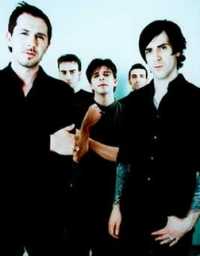