Daz is the younger cousin of Snoop Doggy Dogg, and they both grew up together in Long Beach, California. Daz was introduced to the world on Dr. Dre's "The Chronic", and then on Snoop's "Doggystyle". Even though he was a talented rapper, Daz wanted to try his hand at producing. He was shown the studio by Dr. Dre, and Daz soon became one of the premier producers for Death Row. Daz and Kurupt joined talents to become Tha Dogg Pound. Their album "Dogg Food" was a huge success when it was released in 1995. When Dre left, it was up to Daz to keep Death Row's unrivalled style the best in the world.

He succeeded by helping to produce excellent albums such as 2Pac's "All Eyez On Me" and Snoop's "Tha Doggfather". Both Daz and Kurupt then did tracks without each other, which were still phat as hell. Daz also showed his diversity by co-producing Rage's album, which was different to the usual Daz style. In 1998, Daz released hid debut solo album titled "Retaliation, Revenge and Get Back" which showed the world that Gangsta Rap and Death Row weren't going nowhere. As a result of his hard work and dedication to the label, Death Row CEO Suge Knight made Daz the label's Vice President. He is now working on numerous projects, including work with his group Tha Gang, made up of himself, Soopafly, Tray Deee, and Bad A$$, a collection on unreleased Tupac tracks, and a Death Row compilation album. 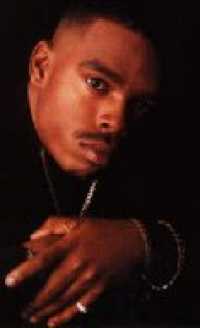